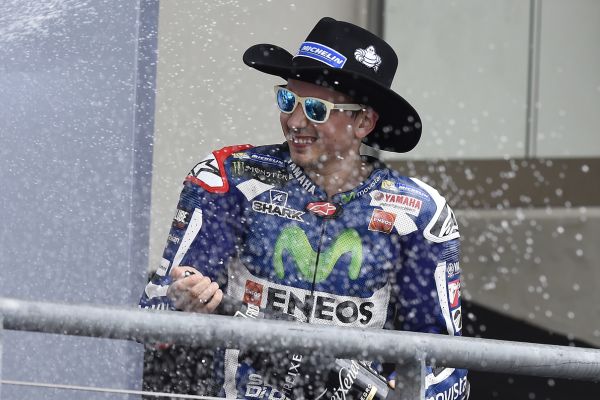 Jorge Lorenzo will officially be a factory Ducati rider after the Italian company confirmed the news this afternoon.

The Spaniard’s move to Ducati has been long dubbed and it was thought that the move could’ve been announced as early as in the pre-race press conference in Austin, Texas last time out.

Lorenzo’s deal with Ducati is a two-year contract and will end his nine year partnership with the factory Yamaha team, which has seen the 28-year-old claim 41 wins en-route to winning three MotoGP World Championships.

However, the Spaniard has now decided to leave Yamaha behind and will set off on a new challenge with the factory Ducati team.

Lorenzo’s decision to move to Ducati has been put down in no small part down to his relationship with team-mate Valentino Rossi. Lorenzo was thought to be unhappy with the way in which Yamaha handled their battle and the controversial climax to the 2015 MotoGP season.

The presence of Gigi Dall’Igna was an important one for Lorenzo. Dall’Igna has overseen Ducati’s resurgence with the new Ducati Desmosedici GP16 looking capable of challenging for race wins on a regular basis. However, Lorenzo and Dall’Igna’s relationship goes back to when Dall’Igna (then with Aprilia) oversaw Lorenzo’s two 250cc World Championships.