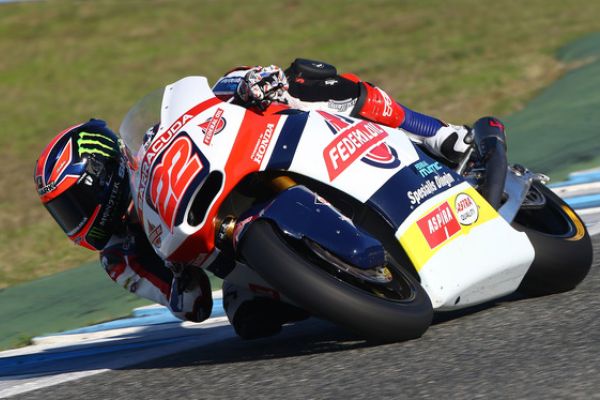 Sam Lowes’ adaption from Speed Up to Kalex saw the Brit back on track during the final Moto2 test of the year in Valencia.

A week after Lowes’ impressive debut on the Kalex bike in Jerez, Lowes and his Federal Oil Gresini team took advantage of the track time in Valencia which saw the Brit complete 233 laps over the two days at the Ricardo Tormo Circuit.

Lowes’ best time of the two day test was a 1.35.105, which was good enough for fifth fastest in a test 2015 World Champion Johann Zarco was fastest in. Not going for a single fast lap time, the 25-year-old was focused on race pace and long runs on the harder tyres. As well as working on race pace, Lowes did a lot of work on his Ohlins suspension, carrying out several tests on the front forks and rear shocks, giving good results.

“I’m really happy because during these two days I’ve been working a lot with race tyres, while many other riders took more advantage of the softer tyres,” explained the Brit.

“I’ve been much faster than the best lap that I got during the Grand Prix, just over a week ago, so I’m really confident going into the winter break!

“I love the bike and the team and I’m happy with the work we have done so far: I’m so confident that I would like the Qatar Grand Prix was scheduled for next week!”

Lowes will get his next laps after the winter testing ban is ended, in February 2016.