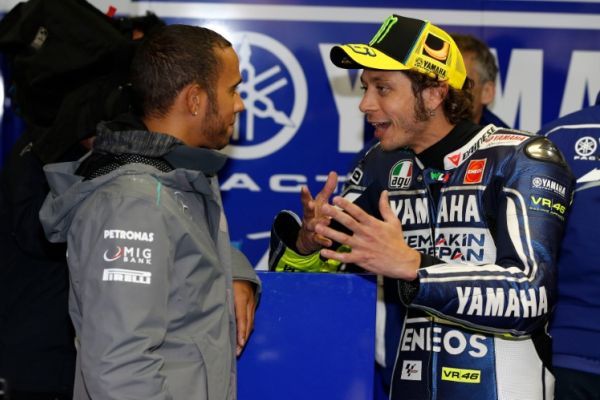 Last month Lewis Hamilton was singing the praises of MotoGP, admitting he would love to try a MotoGP machine. It now appears the three-time Formula One World Champion may get his wish.

With Monster Energy a major sponsor for both the Mercedes Formula One and the Movistar Yamaha MotoGP team, if Hamilton ever got his chance on a MotoGP bike, it would with the Yamaha team.

Mercedes Benz Formula One team manager Toto Wolff has now gone on record admitting that he wouldn’t have an objection if the Brit found himself able to test a MotoGP machine for the first time.

“It would be no problem for us if Lewis wanted to get on the Yamaha MotoGP bike. On the contrary, I think it sounds like a fun idea,” Wolff told Italian newspaper Gazzetta dello Sport. “Also, I believe Lewis has ridden a road bike in the past.”

Of course for this to work, Yamaha would also have to be willing to allow Hamilton the chance to test an M1, and it’s something that Lin Jarvis sounds more than willing to give some consideration.

“For now it is just an idea, but, clearly, is a very interesting,” said Jarvis.

Whilst an agreement is yet to be reached between Yamaha, Mercedes and Hamilton, Yamaha are willing to speak to Hamilton and Mercedes about finding a date that works for Yamaha and Hamilton. Hamilton’s agreement with MV Agusta wouldn’t be an issue either with Mercedes owning MV Augusta.

Should Hamilton end up testing Rossi’s bike it wouldn’t be the first time that Formula One World Champions find themselves testing MotoGP machines. Michael Schumacher rode the Ducati MotoGP bike around Mugello and Valencia, whilst Honda’s Fernando Alonso rode a Honda RC213V around Motegi during a HRC promotional day last year.

Valentino Rossi of course tested and had an opportunity to race the Ferrari Formula One car.