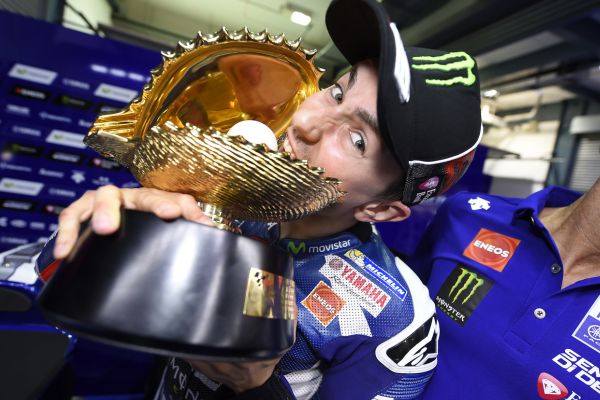 Reigning World Champion Jorge Lorenzo has said he will give a decision on his future in “two or three weeks tops,” as speculation over a possible move to Ducati grows.

Lorenzo got his title defence off to a perfect start as he won the MotoGP season opener under the floodlights in Qatar by just over two seconds, ahead of the increasingly competitive Ducati. Arguably the only news topping that of Lorenzo winning the opening race, was the news his team-mate, Valentino Rossi had signed a two-year contract extension with Yamaha.

Yamaha quickly announced they’d also offered Lorenzo a new contract too, but the Spaniard decided to wait before signing a deal. Yamaha boss Lin Jarvis called the contract on the table: “the best offer they’ve had in Jorge’s career.”

“I’ve always been in charge of my life, and only I will decide my future,” said the World Champion whilst speaking in a Porsche promotional event in Barcelona.

“At the moment I only have Yamaha’s offer on the table. Although strong brands talk to strong riders. I will make a decision in a few days, two or three weeks tops.”

Over the weekend Rossi questioned whether Lorenzo had ‘the balls’ to move manufactures, leaving a World Championship winning team and joining a still relatively unknown quantity in Ducati. Lorenzo however, insists that nothing Rossi, nor anyone else says will influence his decision.

“No statement from anyone will change the decision I’ll take. I have decided to wait. Motorcycling is an individual sport, my team-mate isn’t vital to me,” added Lorenzo.

Lorenzo also wanted to make it abundantly clear that he never said that he didn’t feel appreciated by Yamaha, although he never went as far as to totally deny the suggestion.

“I never said there was a lack of affection in the team, that’s the conclusion some people have drawn but I’ve never said that,” he said.