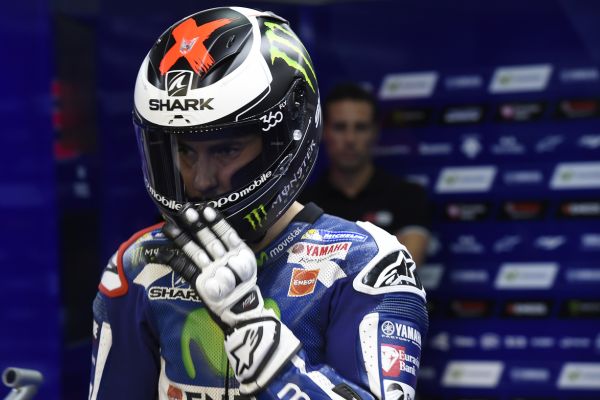 Reigning MotoGP World Champion Jorge Lorenzo started 2016 off the way he went through pre-season testing, as the fastest man in the MotoGP field.

The Spaniard arrived in Qatar in a relaxed and confident mood and that feeling soon transferred onto the track at the 2016 season began under the floodlights at the Losail International Circuit. Lorenzo appears to have adapted to the new Michelin tyres and Magneti Marelli software better than anyone in the field, a theory that was only reaffirmed after the first evening of testing.

Whilst testing is one thing, Lorenzo was eager to get back to the racing. Lorenzo would bide his time before taking to the track, although he wasted little time to jump to the top of the timing sheets, eventually posting a fastest lap of a 1:55.440 which was just over a quarter of a second faster than second placed Valentino Rossi.

Many riders have said that the new Michelin tyres take a little more time to warm up and generate heat than the Bridgestone tyres used to do, but Lorenzo didn’t have any issues getting on the pace right from the off.

“I had a good start. From the first run I was able to have the best lap time and probably also the best pace, but we still have a margin for improvement both in lap time and pace,” said the 28-year-old.

Despite getting the season off to the perfect start this evening, Lorenzo isn’t going to rest on his laurels, understanding that the track conditions will be changing with every passing lap.

“We will keep working on the setting and the electronics to improve in some areas for tomorrow. The track will also be better with more grip level tomorrow and the lap times will be faster.”

The Majorcan will be back on track with the rest of the MotoGP field for two more free-practice sessions on Friday evening.