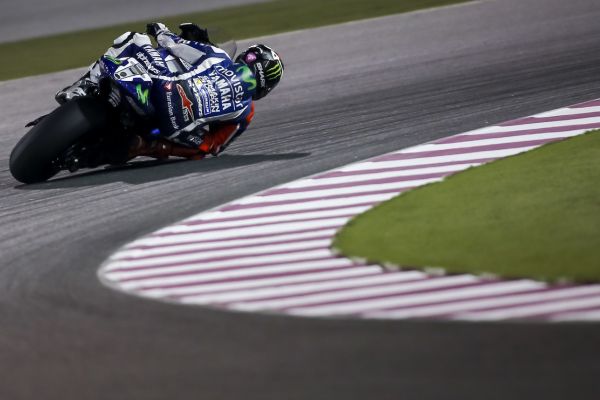 The World Champion ended two of the three pre-season tests, including the final pre-season test the Losail International Circuit, as the fastest man as he seems to be adapting to the new standard electronics and Michelin tyres as well as anybody in the field.

Despite being the man to beat during testing, Lorenzo knows that being able to replicate the same kind of speed and consistency in a race is a different matter altogether.

“The pre-season is over and the real action will kick off under the floodlights of Losail,” said the three-time MotoGP World Champion.

“All of us are eager to start the true competition. The winter was so long and testing has not the same feeling as racing. I feel very strong and arrive very confident to this first match of the season. I’m happy I adapted quite well to the Michelin tyres and we proved it during two of three tests.”

Lorenzo typically goes well at the season opener in Qatar, although last season he was plagued with his now former helmet supplier HJC, when a plastic piece of the helmet fell and impaired the vision of the Spaniard – something which is rumoured to have been a reason behind his split with the Korean manufacture – meaning he ended off the podium.

Despite his record and testing results in Qatar, Lorenzo is remaining grounded, aware that everybody will start Sunday’s race level on points.

“We need to keep our feet on the ground because until Sunday the points are not distributed so we have to work hard from Thursday on to get a good position and then demonstrate our strong pace in the race,” he said.

“I would like to start this 2016 season in the best way possible, especially compared to the beginning of 2015. Let’s go into this race fighting and enjoy it!”