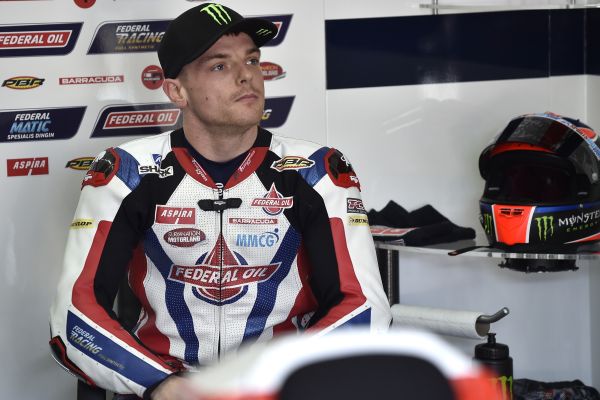 Briton Sam Lowes will get his first MotoGP tests in the autumn according to Aprilia Racing Director Romano Albesiano.

Lowes has signed a deal in 2015 that would see him ride for one season as part of the Gresini team in Moto2, before moving into MotoGP with the Factory Aprilia in 2017 and into 2018.

2015 was a break-out season for Lowes after a season getting to grips with the Grand Prix paddock, victory in Austin in the second round was backed up with four more podiums throughout 2015, earning his attention from multiple MotoGP teams.

Before Lowes can focus on MotoGP, the 25-year-old heads in 2016 as a favourite for the Moto2 title as he finally gets his hands on the much more desirable Kalex chassis, after spending the first two seasons of his Moto2 career aboard a far less favourable Speed Up machine.

“I expect Sam to be fighting for victories in 2016. He’s a great talent and we know that as a rider he can improve,” Albesiano told Speedweek.com. “We have thought about sending him directly to MotoGP, but we decided to leave him for another year in Moto2.”

Lowes’ contract with Aprilia will see him get his two years as a Factory MotoGP rider, but it will also allow him some time to begin adapting to the RS-GP before making the leap as a rookie in 2017, although Albesiano revealed they wouldn’t be until later in 2016.

“We will do a few tests with Sam in the fall, before the last race of the season in Valencia, just so he can adapt to the bike and the tires,” he said.

“We have a test plan, and we’re currently discussing it with Fausto [Gresini], because it’s also comes down to how Lowes is performing in 2016.”

Both current Aprilia riders, Alvaro Bautista and Stefan Bradl are out of contract at the end of 2016, meaning the Noale factory looks likely to retain one of their current riders to partner the British rookie in 2017.