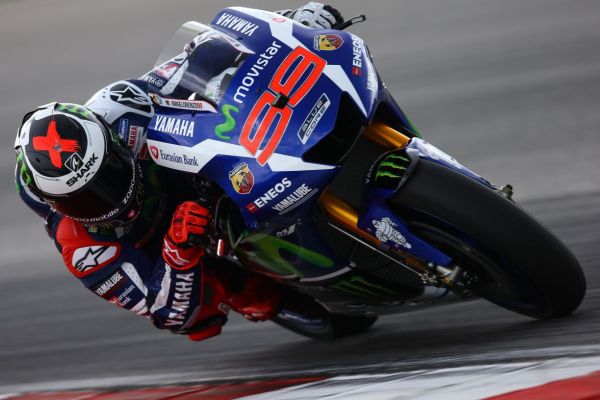 Reigning World Champion Jorge Lorenzo asserted his dominance over the MotoGP field as he ended the final rain interrupted day in Sepang just under a second ahead of second place man Valentino Rossi.

Lorenzo continued where he left off on Monday, dominating the field, maintaining a comfortable lead at the head of the field. Lorenzo’s best lap of the day was a 1’59.595 which was just over nine tenths of a second ahead of Rossi’s best time, with the Spaniard the only man to get into the 1.59’s throughout the whole test.

The Spaniard’s was the only man under the two minute barrier and broke it four times. He was also in the two minute flats eight times, five more laps than any other rider, with Valentino Rossi’s three the next best.

Earlier in the week the World Champion spoke about how he felt that the Michelin tyres were going to favour his smooth riding style, something he is very happy about.

“The lap times speak for themselves, they were very good lap times set with new electronics and a hard rear tyres, because we can’t use the soft rear because of what happened yesterday [Loris Baz’ rear tyre exploding on him],” said Lorenzo.

“I’m very happy with Michelin, because they made a very big step with the feeling with the new front tyres. They did a great job, because now the feeling is closer to what we had with last year.

“Anyway, I felt very comfortable and fast during these three days, I’m still recovering from this illness that I have and for sure in Phillip Island we will be stronger and able to do a race simulation.”

MotoGP testing will continue in two weeks time when the paddock makes a change to their annual plans and head down to Phillip Island to test between the 17-19th February.

One thought on “Lorenzo asserts dominance on final day in Sepang”