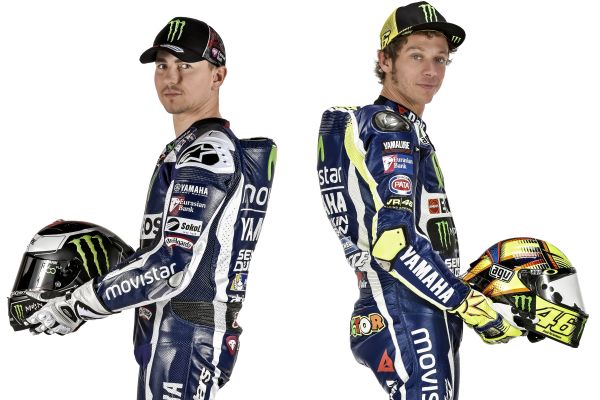 Movistar Yamaha’s Managing Director Lin Jarvis has ruled out the infamous wall being re-erect in the Yamaha garage in 2016.

‘The Wall’ became a serious talking point during Lorenzo and Rossi’s first stint as team-mates, the wall dividing the two pit boxes during the 2010 season, before Rossi left Yamaha, joining Ducati for a hugely unsuccessful two-year spell.

Upon the Italian’s return to Yamaha, Jarvis insisted that the duo put team first and we haven’t seen a return of the wall, even after last years Malaysian Grand Prix which saw tensions at an all time high in the paddock. Despite there still being some hard feelings between the two, Jarvis insists that the wall won’t be making a return this season, with the teams success more important.

With the new Michelin tyres and Magneti Marelli software, the early stages of the 2016 season could be hugely favourable to the teams who work closely together, sharing data and helping each other, rather than a team who refuses to aid the man with whom he shares a pit box.

“There’s no reason to put a wall in the garage. We realise that the riders are individually competitors of each other. But the team itself, the mechanics for instance, the crew chiefs and the engineers, they all work really well together. If we put a barrier or if we put a wall in the garage, it would be to the deficit of the team and both riders and the engineers. This is something of the past, it’s not useful anymore.”

The end of the 2015 season was ugly for the sport and for Yamaha, despite there never being any truth in the speculation that Yamaha were seeking ways to terminate Lorenzo’s contract early, Jarvis still reiterated how happy he is with his rider line up, calling the duo “a dream team”.

“We have the best riders in the world with us, and that automatically brings a lot of expectation,” said Jarvis.

“But the important point is to do that with good values and with mutual respect.”