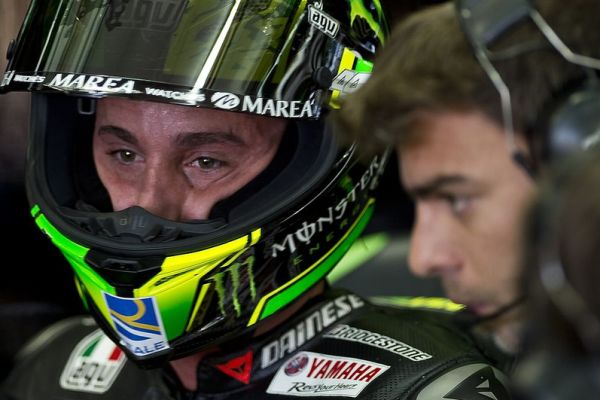 Yamaha Tech3 rider Pol Espargaro has said that Jorge Lorenzo was the fastest rider last season and he deserved to win the MotoGP World Championship.

Rossi’s theory of the Spaniard’s teaming up will’ve only been further enhanced after the Catalan said that he believes that Lorenzo was the fastest rider in 2015.

“I would have been happy for Valentino Rossi to win the title, it would’ve been a perfect advertisement for the sport,” he told Spanish newspaper AS.

“But in the end wouldn’t have been a true valuation of the season. It’s true at the start of the season Valentino was the fastest, but after Lorenzo was much faster than Rossi.”

The Spaniard endured a difficult sophomore season looking back at his 2015 season. Pol ended the 2015 season in ninth place, below team mate Bradley Smith despite receiving the extra support from the Yamaha factory directly. Despite the tough season, Espargaro was offered a new one year contract directly from the Yamaha, the second one of his MotoGP career for 2016.

He may have done enough to earn a new contract with Yamaha, but he knows he needs to substantially improve his performances in 2016 if he wants to keep his seat with almost every riders contract up at the end of next season.

Despite the hard MotoGP season, there was an extremely proud and memorable moment for Espargaro as he joined his Tech3 team mate Bradley Smith and Katsuyuki Nakasuga in winning the historic Suzuka 8-hours for Yamaha.

“When you enter a downward spiral with the bike, it’s not easy to ride. The victory at Suzuka was a breath of fresh air after year struggling with the same problems.”