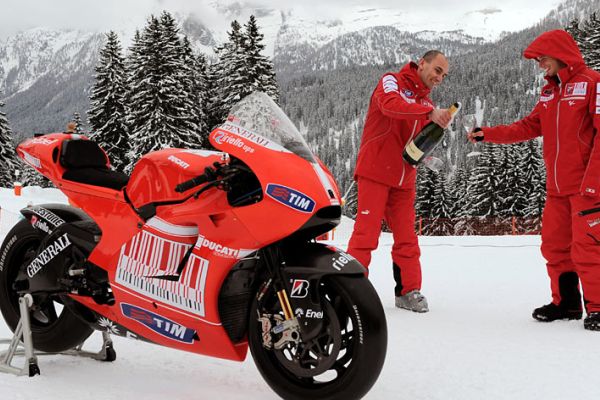 Casey Stoner’s highly anticipated second stint with Ducati will begin when the Australian takes to the Sepang International Circuit in late January.

Just under a fortnight ago, Ducati announced that the retired, former MotoGP World Champion would be returning to Ducati after leaving the Boro Panigale factory at the end of 2010 before spending two years with Honda.

Stoner’s return to Ducati is in a testing capacity, and Davide Tardozzi, Team Manager of the Ducati MotoGP team, recently revealed that Stoner’s already eagerly awaited return to Ducati will see him swing his leg back over the red bike in early 2016.

“We are finalising the last details with Casey, there is still no precise date,” Tardozzi told GPone.

“But definitely the first test that Stoner will do will be in Malaysia, before the official tests. He will probably test with [existing test rider] Michele Pirro. We don’t want to force him, but if you can push to the limit as he can do, his feedback will be very important. We are planning some tests for him to gain understanding and build confidence.”

The MotoGP winter testing ban ends at the end of January, with the MotoGP paddock wasting no time at all, beginning official winter testing on the 1st February 2016, in Malaysia. Whilst the winter testing ban prevents any MotoGP riders from working with their new machines, the ban doesn’t include test riders, therefore meaning Stoner is free to work in January.

With the GP16 expected to make a full debut in the Sepang test, Stoner will fly to Bologna before Christmas in order to get fitted onto the new bike perfectly, allowing time to have adjustments or parts made as to not waste any time once the test in Malaysia begins.

The Australian also put his name forward to wildcard in place of the injured Dani Pedrosa for the Austin and Argentine Grand Prix last season, prompting speculation that he could have those races – as well as his home Grand Prix at Phillip Island – pencilled in to wildcard in, although Ducati are yet to confirm nor deny that Stoner will wildcard next season.

One thought on “Stoner to make Ducati return in late January”