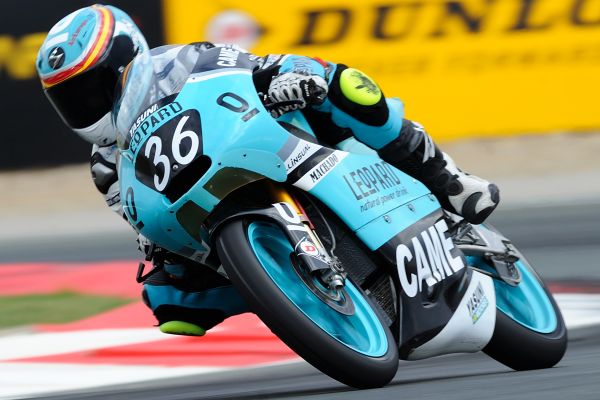 Mir, who is already part of the Leopard Racing Team set up, competing for the team in the Junior World Championship, will replace Ono for this weekends Australian Grand Prix, and next weekends Malaysian Grand Prix in Sepang whilst Ono recovers from injuries sustained after crashing out of his home Grand Prix Sunday.

“I’m really happy to join Leopard Racing for Philip Island,” said Mir, who will race for the Leopard Team on a full time basis in 2016.

“For sure the first goal this weekend will be to gain experience for next year. I would like to thank the team warmly for this great opportunity.”

“We are pleased to welcome Joan with us for the Australian race,” said Miodrag Kotur. “We know Joan very well of course as he is part of our junior program. He has a ‘big heart’ and we know that he will give his best. His aim is to become familiar with us for next year.

“On behalf of the entire team, I would like to wish a speedy recovery to Hiroki, we hope we will see him racing soon.”

Very happy to say that i will race in Australia and Malasia with @Leopard_Moto . Can’t wait to ride my new bike and track! #36power