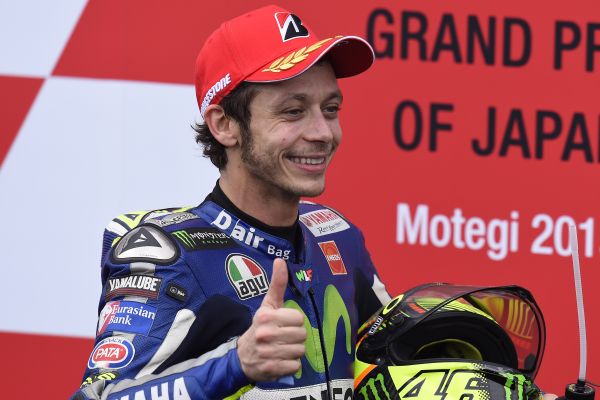 Valentino Rossi heads to Australia this weekend, knowing that any finish ahead of Jorge Lorenzo would really bolster his chances of a historic tenth World Championship.

The Doctor arrives in Australia 18 points ahead of his team-mate, and any finish ahead of Lorenzo would mean two podiums in the final two races would be enough for the Italian to claim his first premier class title since 2009.

Last weekend’s Japanese Grand Prix saw Rossi help Yamaha claim the constructors championship. With the team championship already sewn up, the 36-year-old is expecting a battle-royale with his team mate this weekend.

“Phillip Island is a very particular track. I like it, as does the majority of the rider, but it’s always difficult to find the right setting and the conditions are often tricky with lots of wind and cold temperatures. We hope for a good weekend like last year and we will try to ride a good race to arrive on the podium, in front of Jorge,” he said.

“I think it’s best to take the championship race by race, focus on Phillip Island and try to make the most of it.”