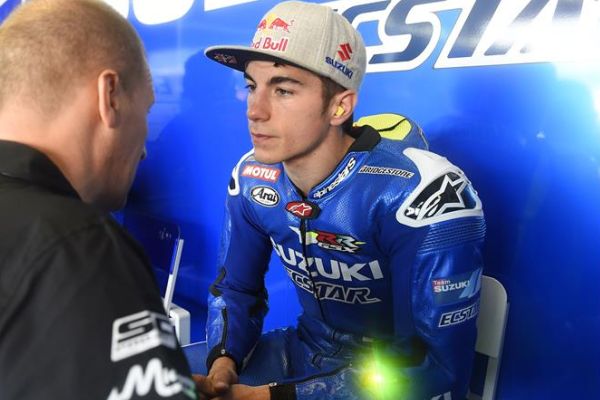 With the six main Ducati Corse MotoGP efforts sewn up for 2016, their main focus now remains to turn the promising looking Gigi Dall’Igna Desmosedici project into a race winning project for next year. Beyond that? A superstar is wanted.

Both Andrea Dovizioso and Andrea Iannone will be entering the second year of two year contracts in 2016. They will be 30 and 27 respectively at the end of 2016, prompting Ducati to search for another young rider. They have Scott Redding – who’ll be 23 at the same time – signed for the Pramac team for 2016, but they are eyeing a potential young star, with Maverick Viñales’ name mentioned specifically.

At the end of 2016, all ten factory MotoGP riders will be out of contract, meaning all the Honda, Yamaha, Suzuki and Aprilia riders will be available to negotiate with, as well as both Tech3 riders. As well as those 12 riders, the class of Moto2 graduates could, and more than likely will include Alex Rins, Johann Zarco, Alex Marquez, Sam Lowes and Dominique Aegerter. Some of those have deals in place for 2017, such as Lowes with Aprilia and Zarco with KTM, but there are still a lot of potential contracts to be thrashed out.

With so many potential riders on the market, is there anyone that Ducati are admitting they’ll pursue for 2017?

“It’s too early to talk about it,” Ducati team manager Paolo Ciabatti tells speedweek.com. “At the end of 2016 all the riders contracts run out. That’s when they do for Honda, Yamaha, Suzuki and us.

“We have two very good riders and are currently focusing on bringing the bike to a level to which our riders can compete at every race against the other top riders.”

In the ever moving world of MotoGP, Ducati decided to target the 22-year-old Redding and replace the 27-year-old Yonny Hernandez in the Pramac team, bringing the average age down slightly in the oldest team in MotoGP. Before the Redding deal was announced, it was revealed that Pramac had also tabled an offer for current Moto3 World Championship leader Danny Kent, until he decided to stay with his Leopard set up, moving into Moto2.

Ducati have been very aggressive in their pursuit of Jorge Lorenzo in the past, and depending on how Yamaha play out the remainder of the 2015 season, at the end of 2016, Lorenzo may be open to a move. However, Lorenzo turns 29 just after the start of the 2017 season, meaning age would still be an issue for Ducati.

“Of course we worry [about our riders ages],” said Ciabatti. “It is our job to watch the promising young riders. We have the strong rookies in our sights. Maverick Vinales is one of those riders; we enjoyed him a year ago, but we had no place for him. These riders we will keep an eye on in 2017.

“We already know that Viñales is managed by Aki Ajo, along with Jack Miller.”

Despite what Ciabatti says, GPXtra understands that Viñales signed a three-year deal with the Suzuki MotoGP team. There is believed to be a clause allowing Viñales to leave his contract after two-years, but in order for Viñales to be tempted to do that, Ducati will have to improve their bike further next season.