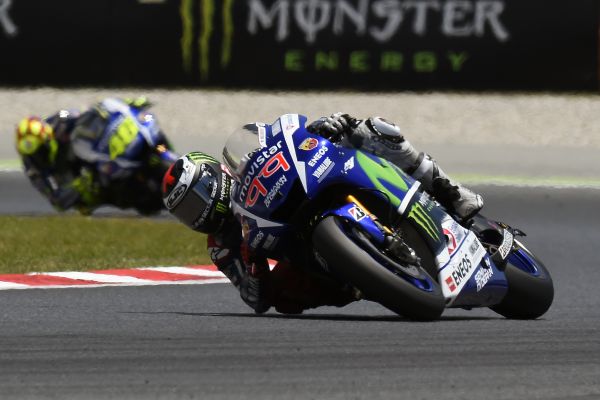 Jorge Lorenzo continued his dominant run, winning his fourth straight MotoGP race, leading from start to finish in front of a home crowd, that also saw Marc Marquez crash out for a second race running.

Lorenzo’s dominant display in Catalunya means he has closed the gap to his team-mate Valentino Rossi to just one point at the top of the World Championship points standings.

The Spaniard got off the line well, and controlled the race from the front. He came under