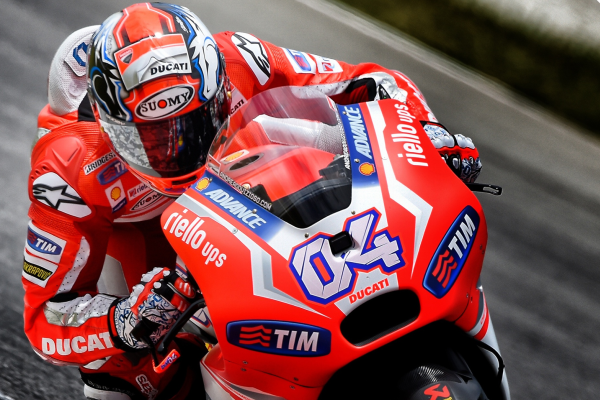 The Ducati GP14.3 in the hands of Andrea Dovizioso posted the second fastest time during the second day of the first MotoGP pre-season test of 2015.

Dovizioso was the early pace setter during the second day of testing in Malaysia, and posted a fastest time of a 2’00.015 after just twenty minutes of testing. It was a time that Dovi, nor anybody, with the exception of Jorge Lorenzo would better during the rest of the day.

With temperatures soaring in the afternoon, grip deteriorated and the focus on the afternoon shifted to longer runs, whilst getting milage, testing out new components which could potentially feature on the GP15, which Ducati are hoping to bring to the second Sepang test at the end of the month.

“I am very happy with the pace I did today because we were interested in doing a long-run,” the Italian explained at the end of the day’s testing.

“We did 15 laps in these extremely hot conditions, and it was important to do some constant laps, which is normally a bit our limit. We lapped pretty well, and this shows that the guys back in the factory have been working well in recent months.

“I’m happy with this morning’s time but not 100% because I wanted to see a time of 1’59 on the dash! I was counting on it, it was an aim of mine here but I just missed out. Hopefully it won’t rain tonight so we can find the track still fast tomorrow.”

Dovizioso will have tomorrow, along with team mate Andrea Iannone to test any final pieces Ducati have for them ahead of the launch of the GP15, Gigi Dall’Igna’s first full bike since taking the reigns of Ducati, ahead of the second Sepang test.