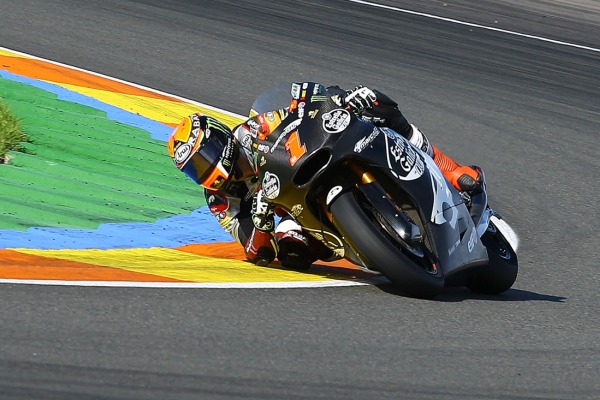 Tito Rabat will become the first man to attempt to defend his Moto2 World Championship in 2015. The last man to defend his title in the intermediate class was Jorge Lorenzo, and he knows the negatives and positives to remaining in the class.

Rabat will go into the 2015 season, as title favourite, for a second season in a row. Last season, whilst favourite he won the title, winning seven of the eighteen races, and finishing on the podium on a further six. He won the title by a commanding 47 points over his then teammate Mika Kallio.

Unlike the four previous, Pol Espargaro, Marc Marquez, Stefan Bradl and Toni Elias, Rabat didn’t move up to the MotoGP class. No factory seat would’ve been available for Rabat, and it wouldn’t have been in the best interest of teams, or for Dorna to promote yet another Spaniard, to a class already filled with Spaniards.

Despite not having much appeal to MotoGP teams, Rabat was still hot property in Moto2. This saw him sign a contract extension with his Marc VDS team. This means Rabat could be the first man, since Jorge Lorenzo to retain the intermediate class title since the Mallorcan managed the keep his 250cc title in 2007.

Lorenzo’s decision to remain in 250 was a little different to Rabat’s as Lorenzo had options in MotoGP, but he elected to stay and defend his title, after securing a contract with the Factory FIAT Yamaha squad. But he remained none the less, and had his say about Rabat.

“It’s difficult to say [if staying in Moto2 was the right decision]. If he stays competitive, he will also get offers,” the two time MotoGP World Champion told Marca.

“One problem he will get, is if the results don’t remain the same, that’s the danger if you stay in the Moto2 class. But if he continues to win, it will perhaps be a better decision that to go straight up to MotoGP. Whether it’s the right or the wrong, it’s the first time.”