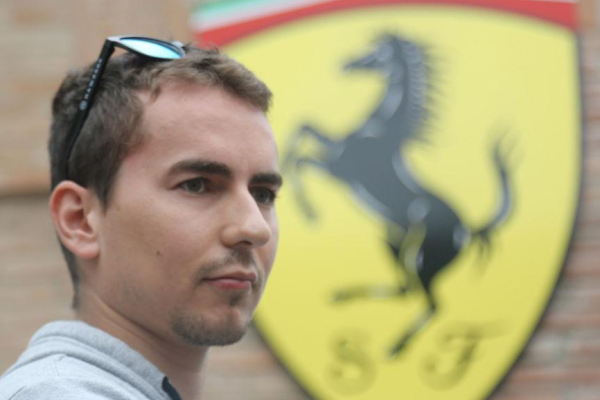 Factory Yamaha rider, Jorge Lorenzo will be driving a Ferrari 458 GT3 during the Gulf 12 Hours, which takes place this 11th-13th December at the Yas Marina Circuit.

A week after his team-mate Valentino Rossi competed and finished second in the rally of Monza, the Spaniard will be getting behind the wheel to try his hand at four wheeled racing.

Lorenzo, who is currently in Indonesia doing promo work for Yamaha, will be partnered by Australian driver Liam Talbot, and one other, currently unnamed driver, in their Ferrari 458 GT3 Kessel team. The team will be sponsored by personal and Yamaha MotoGP team sponsor Monster Energy, the same company who run Rossi’s rally car last week.

“Working with Jorge is a great privilege,” said Talbot to EurosportIT. “Even though he will be making his debut in the 458 in a race, I can’t wait to get on track and see what we can achieve with this incredible race car.”

Unlike other endurance races, the Gulf 12 hours is split into two races of 6 hours rather than just 12 hours straight. The first section is six hours in the day, before a three hour break, then, the second section of the race at night. Whilst it’s much longer than a normal race, it does allow teams to be more aggressive.

Lorenzo isn’t as experienced as his Yamaha team mate when racing four wheels, but he is no stranger to it either. He finished on the podium in the 2010 500km of Alcaniz driving a Fiat 500, and he raced a Seat Leon Supercoca the year later during the 24 hours of Barcelona. He also has single seater experience, but the Ferrari will be the fastest car he’s officially raced.