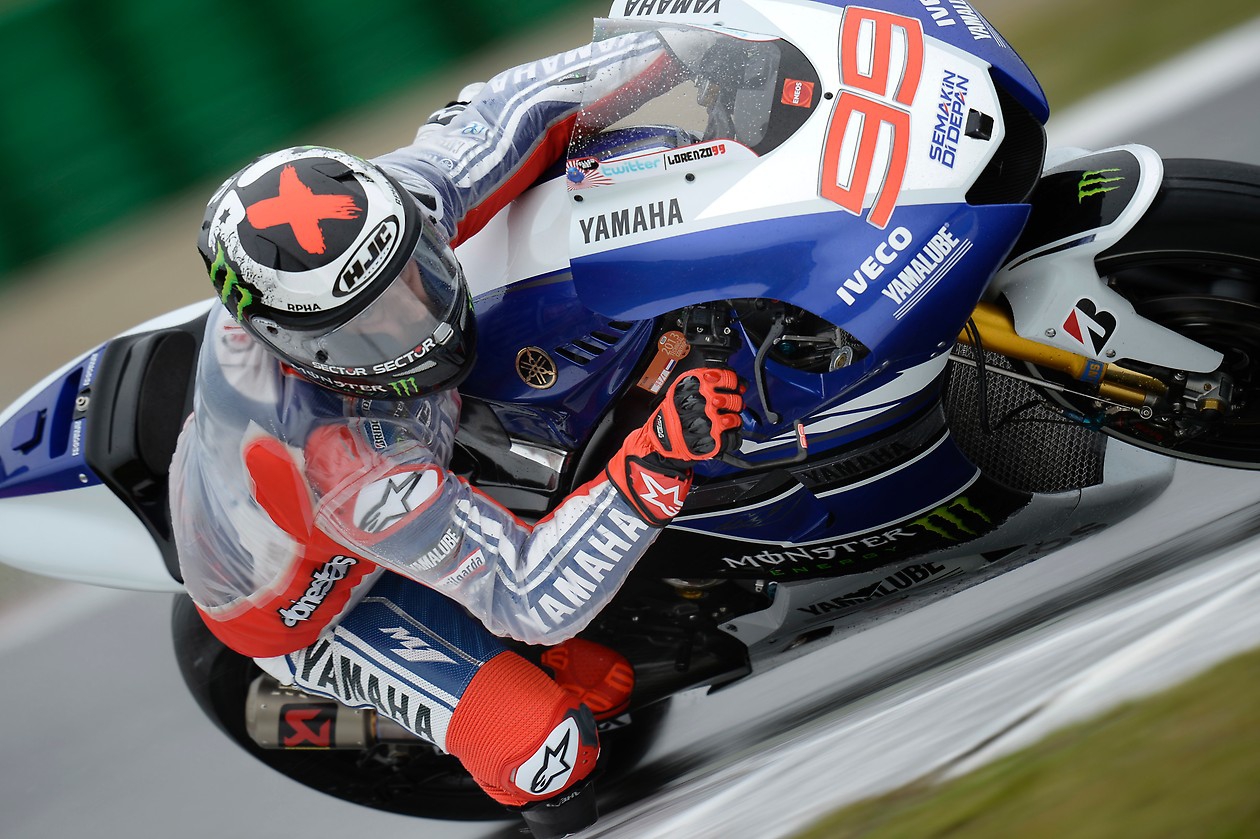 Yamaha have confirmed that World Champion Jorge Lorenzo is back in Assen and hopes to take part in warm up, and subsequently tomorrow’s Dutch TT.

Lorenzo broke his left collarbone during a crash in FP2 in Thursday afternoon, and was then chartered back to Barcelona for surgery in the early hours of Thursday morning.

But now the world champion is hoping to race tomorrow.

Under guidance from doctors riders aren’t allowed to ride less than 24 hours after being seduced, hence the urgency for Lorenzo to get operated on.

Now Lorenzo is back in Assen, he will have to prove his fitness in the morning warm up. If he is declared fit, he will line up in 12th position on the grid.

In a statement released by Yamaha this evening, they confirmed the world champions movements and intentions.

Lorenzo is in positive mood following the operation but is understandably tired after an exhaustive day so will now rest before attending a medical check tomorrow morning to be cleared for the MotoGP Warm Up session. Should he be cleared to ride he will then attend a further medical check following the session along with a team consultation before making a decision on whether to participate in the afternoon’s race.

A further update will be released following tomorrow morning’s medical check to confirm Lorenzo’s participation in the MotoGP Warm Up session.”

Some of Lorenzo’s rivals have also been talking about the return of the World Champion.

Whilst main title challenger Dani Pedrosa think Lorenzo just needs to play it by ear. “It’s brave from Jorge but only he knows how he feels and how he is after waking up from the surgery. Every injury is different and he’s the only one who can judge it. It’s very painful racing with a broken collarbone, when I broke mine last time I raced many weeks later and I couldn’t really make the braking. After all that surgery I wasn’t feeling well because of the medication.”

Close friend, and pole sitter Cal Crutchlow spoke of his own experince racing at Assen with a collarbone injury, and spoke fondly of Lorenzo. “If he rides he’s my hero!

“I broke my collarbone at Silverstone in 2011 and when I came back here [two weeks later] I had a medical test of press-ups. So if he passes it he’s strong. Maybe he can do some meditation or something before and then go for it!  If he passes it I’m sure he can ride. Riding the bike is probably easier than the press-ups.

“If there is a chance to race, you always race. You have to be wise because there is a lot more risk of further damage. But the instinct as a rider is always to get back on immediately.”