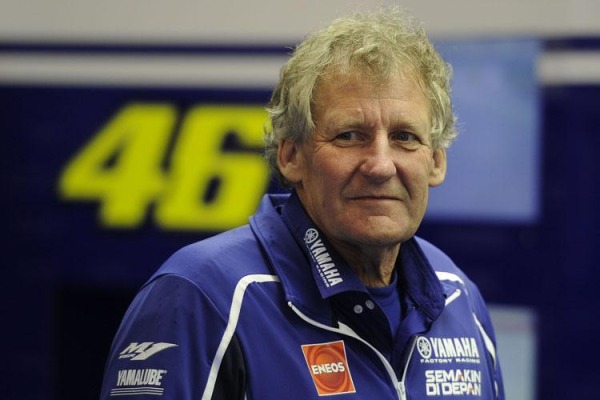 Scott Redding had asked his personal manager, Michael Bartholemy, to speak to legendary crew chief about becoming the Brit’s crew chief for his Marc VDS return in 2015.

Just last month, sources in the Italian media suggested that Burgess was contacted by Lucio Cecchinello and Jack Miller about possibly being the man to oversee Millers debut into MotoGP. However, it has now been revealed by MCN that it was actually Scott Redding and Michael Bartholemy who had scouted out the legendary Aussie.

Scott Redding will be returning to Marc VDS next season on a factory Honda RC213V after Fautso Gresini’s GO&FUN team pulled the plug on their Honda project due to insufficient funds, leaving Redding searching for a new crew.

The most important man for Redding to find was a crew chief. His first choice was Cristian Gabbarini, the man who helped Casey Stoner to two MotoGP title. Redding has been working with Gabbarini this season, discussing the current production RCv1000. However, Gabbarini was unattainable, with him already signed up to Honda’s new Australian, Jack Miller, Redding’s search had to continue.

With Marc VDS not allowing him to take his former crew chief from his Moto2 days, Pete Benson, away from Moto2 World Champion elect Tito Rabat, Redding saw an opportunity with Burgess and wanted his manager to try and recruit the man who had led Wayne Gardener, Mick Doohan and Valentino Rossi all to premier class titles.

Burgess’ initial reaction to being approached was positive, but he was reluctant to forge a long term relationship with a 21-year-old at the age of 62 himself.

“I would have been really happy to work with Jerry,” Redding said whilst speaking to MCN.

“I mentioned him to Michael when I saw him wondering around in Indy. I put it out there and Michel got in touch and he said he would have been happy to do it.

“But he was talking about a multi-year relationship and he’s been in the paddock for many years, so I can understand why he wants to do his own thing and sit back and watch racing and not stress about it. But it would have been nice to work with him.”

It has since been announced that Redding will work with Chris Pike, Jonathan Rea’s Ten Kate Honda World Superbike crew chief, with the Northern Irishman expected to end his long relationship with Honda at the end of 2014, replacing Loris Baz in the Kawasaki World Superbike squad.