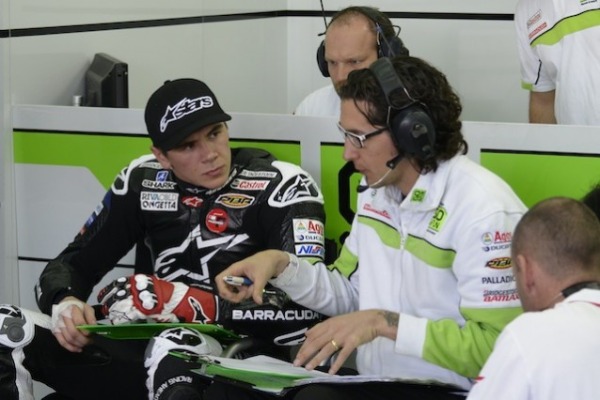 Redding will work closely with Gabbarini, as the Italian has been given a new role, and will be in charge of the Honda RCV1000R production racer, giving feedback and discussing advancements with HRC, whilst working alongside other Honda production riders Nicky Hayden, Hiro Aoyama and Karel Abraham.

Gabbarini moved to HRC from Ducati at the start of 2011, when he came across as Casey Stoner’s crew chief. Then last season he worked closely with MotoGP rookie Marc Marquez and Santi Hernandez, helping guide Marquez to his maiden MotoGP title.

Speaking to Motorcycle News, the 2013 Moto2 runner up said he was excited to be working with such a talented engineer as he moves forward in his GP career.

“I am really happy about that,” said the 20 year old Brit. “I think we can have good communication with him and my crew chief Diego (Gubellini) and I think with those guys in my corner we can have a strong package.

“It will be amazing to work with him (Gabbarini) and I know he can teach me a lot because he has worked with the best guys and he really knows what he is talking about.”

Gabbarini’s presence in and around the Gresini garage will help Redding untold amounts in 2014, and a man who helped Stoner to two MotoGP titles will aim improve the production Honda to help Redding impress in his rookie year.