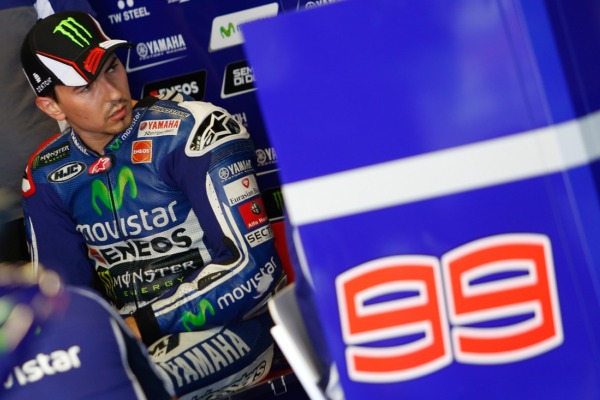 Former MotoGP World Champion has described his start to the 2014 season as “a vicious cycle” as he found himself over 50 points behind World Champion Marc Marquez after just three rounds.

Lorenzo struggled in the early weeks of the season, when he crashed out on the opening lap of the season opener under the flood lights in Losail and then jump started in Texas ruling him out of a chance of victory. He then followed that up with a fourth place in Jerez to cement his worst start to a MotoGP season since he made the jump up in 2008.

The Mallorcan looks back at his start to the season with hindsight and explains a combination of the new Bridgestone tyres and surgery in the off-season meant he wasn’t as fit for the start of the season as he has been in seasons past.

“The problem with the hard tyre is that with our bike we need good corner speed to compensate for the disadvantages we have in acceleration, top speed or corner entry and we suffer when we can not have an advantage going through the corner,” he explained in an interview with MotoGP.com.

“In addition, my physical condition at the beginning of the year was very bad because of the three surgeries I underwent in the winter and a lack of pre-season training planning. I started training later than normal.

“On top of that, the bike was very unstable because of the changes to save one litre of fuel. The combination of these three things made me go from winning races at the end of last year to being one second off the pace in many practices, getting bad results and making mistakes. Everything went wrong, and those three things created a vicious cycle that affected our performance.”

Working hard through the summer whilst some of the paddock was relaxing Lorenzo managed to get his form and fitness back to the levels he expects of himself, that partnered with upgrades from Yamaha, Lorenzo has taken four second places since the summer break.

The two-time MotoGP World Champion cited Barcelona as the race where Yamaha delivered the performance upgrades, and Silverstone as the race where he re-convinced himself he had the pace and ability to get back to the front.

“What Yamaha brought on the Monday after the race in Barcelona were some parts which helped the engine to be smoother. Once we smoothed the engine delivery I could ride more comfortably, more constantly and faster each lap.

“We did an incredible job at Silverstone. It was nearly a miracle, but we had to work very hard with the set up of the bike. I think it was the weekend I worked the most with any team in my MotoGP career. Even in the Warm Up we continued finding solutions and in the race I was able to fight with Marc for the win. But it was down to the hard work we put in with the bike. Had we left the bike as we had it before, we would have probably ended further down behind than say fifth place.”

“I have never doubted of my potential or the team’s potential. I knew our problem was due to a combination of bad circumstances, but that does not mean that we have suddenly become losers or people who cannot do their job.

“This is temporary and because of professional and personal problems, mixed with bad luck, with bike problems, with tyre problems, with mistakes I have made, because we did not plan the pre-season well enough, because of a lack of physical condition. All together it was a bad period.”

“Some athletes, when they are in this situation, they just continue falling down and hit rock bottom, but fortunately not in my case. I think we will be able to win races again and that is what we are fighting for now.”