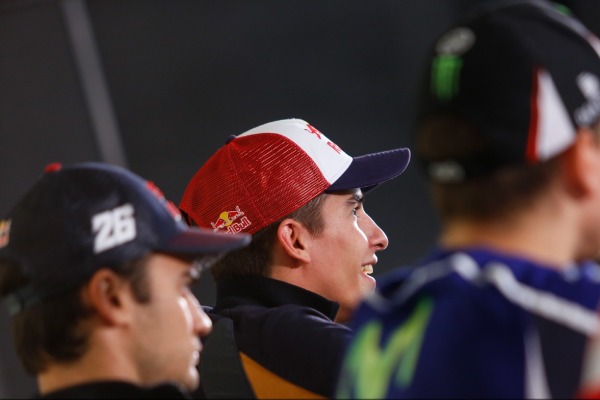 MotoGP World Champion Marc Marquez has totally dismissed rumours he is ready to switch from two wheels to four and try his hand at Formula One.

The 21 year old looks set to win his second MotoGP title in his second season, and with the motorcycling world seemingly conquered, many have speculated he is in search of a new challenge.

Marquez was quick to end the rumours, and clarify what he meant when he mentioned his Formula One intentions.

“They get confused! I don’t know why,” said the World Champion at Silverstone, during the day of champions on Thursday. “They asked me if I want to try a Formula One [car] and I said ‘one day, why not? The experience would be nice, but in the future’. But they say I want to move to Formula One! “Stop the questions! My world is here in MotoGP.”

Marquez wouldn’t be the first MotoGP rider to try his hand in Formula One in any capacity. Valentino Rossi tested the Ferrari F1 car on more than one occasion, although John Surtees remains the only person who has won world titles in both MotoGP and Formula One.