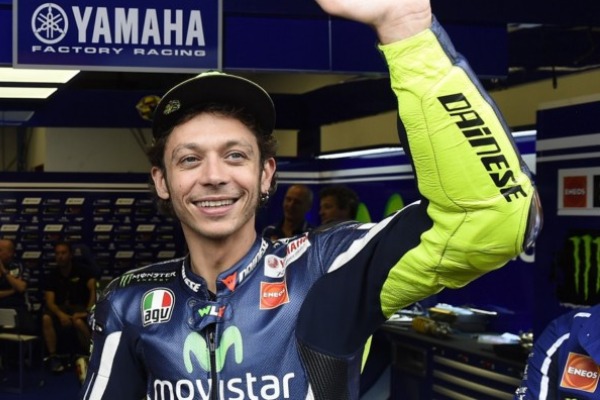 Valentino Rossi has suggested his recent two year contract renewal with Yamaha may not be his last, saying he could race until he is 40.

The nine-times MotoGP World Champion has just signed a deal to stay with the factory Yamaha until the end of the 2016 season, when Rossi will be two months shy of his 37th birthday. Despite his age, Rossi is happy racing, and is getting back the competitive nature that had been lacking the past three seasons.

Five podiums, including four second place finishes represent a good first half to the season for Rossi, with Marc Marquez winning all the races. Despite not getting the win yet in 2014, Rossi is happy racing at the front again, and is glad he won’t be stopping anytime soon.

“Last year I said I would decide my racing future within six races this season… but, in fact, I took the decision to continue in the winter test!” said Rossi whilst speaking to legend of the paddock Kenny Noyes for telecinco.es. “I feel good and faster than I was in the past. The difference today is that our rivals are very competitive. But Kenny Roberts was right, saying that one can race as long as one have fun; that’s why I think I could go on till I’m 40.”

As well as having fun, the competitiveness and motivation still has to be there to make a sportsman successful. After nine world titles, you would be able to forgive Rossi if he said motivation was lacking, but it is not the case. In fact it is almost the opposite. After winning world titles, Rossi has managed to take pressure off himself, and enjoy his racing more now, rather than feel the weight of expectation in every race.

“Sure, ten years ago I had more to prove than I do now. I was hungry and under pressure,” he says. “Today I feel more relaxed, but in this sport you should never be too much that way: it would be dangerous.

“There was a revolution, especially in the premier class (since 1996 when Rossi entered the paddock). Many changes: brakes, tyres, electronics… today power delivery is smoother and I can open the throttle with more confidence.

“But what counts the most with me is the popularity. It’s nice to have so many fans all round the world: It’s them who motivate me to continue racing.”

Indeed enjoying his racing without pressure is a luxury Rossi has earned, but it has not been easy, especially in recent years. Before his move to Ducati, Rossi was battling for wins with Casey Stoner on the Ducati and Jorge Lorenzo from the other side of the garage, two men he deems his biggest rivals from his career.

“Yes, Stoner and Lorenzo have been my greatest rivals, but Lorenzo more so because we race the same bike.”

But what about Marquez?

“Marc has made a step forward this year. He is focused, determined, incredibly strong under braking and into the corners. He’s the only one capable of exploiting Honda’s engine power to its limits, sliding through the corners. Unfortunately that’s impossible with a Yamaha bike: he couldn’t maintain the same riding style with my bike.

“It’s true, I’ve invited him (to Rossi’s ranch in Tavullia) but Emilio Alzamora is not too happy with this, because he’s sure we would set up a race in no time, and that it would be dangerous!”

After spending 15 years in the MotoGP paddock, what would Rossi change if he had the chance to? Well the electronics on the bikes of course.

“30% of the electronics prevent high-sides, but the remaining 70% is for boosting a bike’s performances. I’d like to eliminate that 70% and leave the 30% dedicated to safety. We should also limit the top-speed: 350 km/h is not necessary and doesn’t change anything for the fans: races would be more close and overtakings more and easier if we cut top-speed by 30 km/h.”

One thought on “Valentino Rossi: I could race till I’m 40”