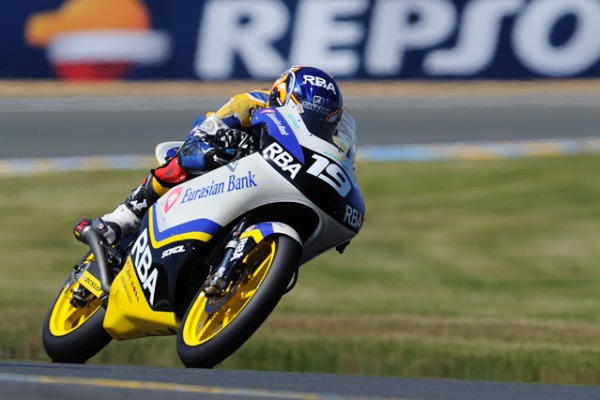 Injured rider Niklas Ajo has been ruled out of this weekends German Grand Prix, and will be replaced by CEV Repsol rider Gabriel Rodrigo.

The Finn fractured his right ankle in a crash at Assen, and after an operation won’t be able to race at the Sachsenring, meaning he will give himself the summer break to return when the Grand Prix paddock reconvene in Indianapolis.

“It’s a shame but this is the smart choice and the right one to continue the season in the best way possible,” said Ajo. “Now we should not think about Germany, but instead turn our focus to Indianapolis, looking to perform as we have done at recent races.

“Now I need to work on my rehabilitation and start the second part of the season as if nothing had happened.”

Ajo will be replaced by Spanish teenager Gabriel Rodrigo who is currently racing in the CEV Repsol Spanish Championship, and is currently fifth in the championship. Rodrigo riders for the RBA Racing Team, and is aided by Forward Racing rider Aleix Espargaro.

Rodrigo has had two Moto3 wildcard appearances this season, in Jerez and Catalunya and will go to Germany after crashing out of the seventh round of the championship in Albacete last weekend.

The 17 year-old has never raced at the Sachsenring before, but in a bid to prepare himself for this weekend, he is spending a lot of time practicing on a video game.

“I am very happy to be riding at my third Grand Prix and to be able to do on this team; it’s sure to be an unforgettable experience,” Rodrigo said.

“Finding out this great news was a great motivation, after the disappointment at the most recent round of the FIM CEV. I can’t wait to ride the Husqvarna and show what I can do.

“Sachsenring is somewhere I have never ridden, but I am spending many hours with video game to get as prepared as possible. From what I’ve seen, I think it could be pretty good for me because it has very fast sections. The first objective will be to adapt as quickly as possible to the team, the bike and the circuit and later to try to enter the points. I want to thank Ajo Motorsport and all those involved for giving me this opportunity.”

A strong performance this weekend for Rodrigo will bolster his chances of landing a full-time Moto3 ride for 2015, with the likes of Marquez, Rins, Fenati and Miller all expecting to move to Moto2 next season.