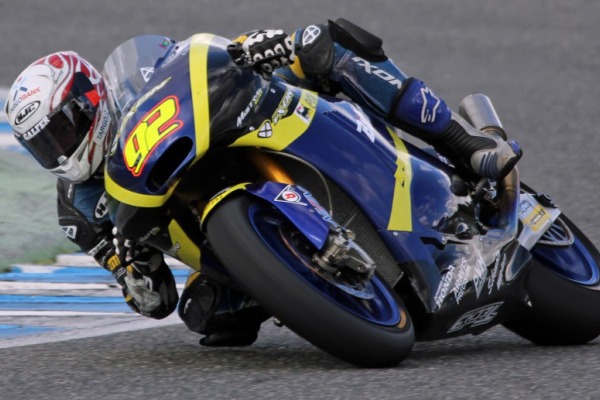 Tech3 Moto2 rider Alex Mariñelarena has confirmed he will not race in 2014 as he continues his recovery after an awful pre season crash.

The Spaniard was involved in a serious accident during a private test at Paul Ricard in February, leaving him in an induced coma as doctors fretted over his health. Thankfully Mariñelarena is on the mend, but unfortunately for the 21 year old, his recovery is taking longer than doctors expected.

Mariñelarena confirmed in a statement that he won’t be returning to racing this year, and will take his time to ensure he is recovered fully and properly.

“This year I will not be able to return to participate in the Moto2 World Championship,” read the statement.

“In fact I have not even been able to start the season due to my serious accident and I’m starting to realize that my dream, which was coming true as I began working with the great Tech3 Moto2 team, has disappeared due to my recovery process which is taking longer than expected according medical results and my doctors.”

At just 21, time is on Mariñelarena’s side, and after a full year to recover from his hopefully he will be back stronger than ever.

Ricky Cardus has been filling in for his compatriot so far this year on the Tech3 bike, and whilst there has been no official word, it is widely expected that Cardus will continue to sit in alongside Marcel Schrotter for the remainder of this 2014 season.