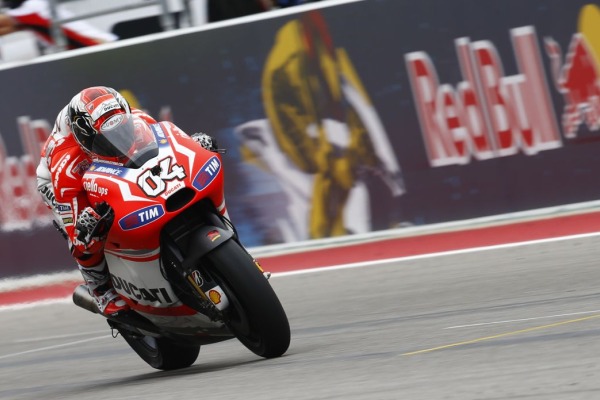 Ducati boss Gigi Dall’Igna thinks it is essential that the Bologna factory keep hold of Andrea Dovizioso for 2015 and beyond.

Dovizioso’s contract on the Desmosedici is up at the end of the 2014 season, and there has been a serious interest from Suzuki to sign the Italian.

Suzuki see the former 125cc World Champion as a great man to help them progress their new bike upon returning to the premier class of motorcycle racing.

Dovizioso has been a key figure for Ducati, and his podium in Texas at the start of this season, followed up by his front row start in Le Mans a few weeks after, was a sign of the progress that he has seen at Ducati after a tough start to life after making the move from Tech3 in 2013. It was Ducati’s first podium since Misano in 2012 when Valentino Rossi took second place.

Andrea Iannone has expressed an interest in moving up from the Pramac team to the full factory team, and after a front row start in Mugello, and looks ready to move up. However Cal Crutchlow’s pace will be a concern to Ducati, and his lack of immediate success will be the reason they are so keen to keep Dovizioso. Crutchlow has been battling with injuries and knew it wouldn’t be an easy transition moving from the M1, but the Brit hasn’t finished ahead of Dovi in any race this season.

“I am really happy about the job that Andrea is doing for us. If Andrea feels like he wants to continue with us then I am really happy,” said Gigi Dall’Igna in a recent interview with MCN.

“If he would like to join Suzuki then sure it is not the best solution for us.

“My target is to continue with him but I don’t want to convince a rider to stay with us. The riders have to be confident with our job, otherwise if you don’t like the bike you are riding then you can’t make the best possible results.”