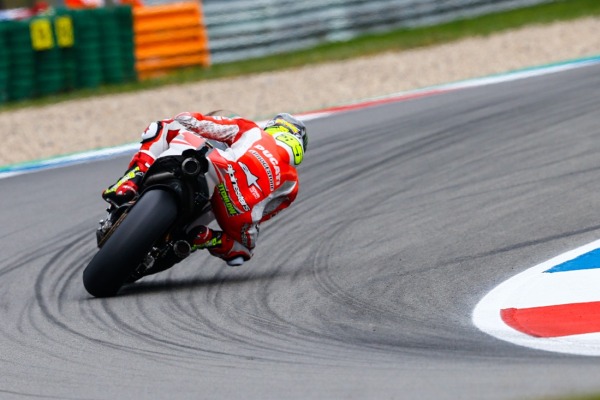 Andrea Dovizioso has said he very motivated as he heads to Japan for the first of the three flyaway races of 2014.

The Italian has enjoyed steady progress aboard this seasons Ducati GP14, and was fourth place heading into the summer break. That saw him handed a new two year deal in the factory Ducati squad, after he rejected advances from the new factory Suzuki team. His form has remained impressive after the summer break, and his pace has been aided after he was given the GP14.2 for the remainder of the 2014 season.

Dovi’s progress this year has been so substantial that he already had more points at Assen in June than he got in the whole of the 2013 season, and he is ready to secure fifth place in the championship, a position he holds by 30 points over Aleix Espargaro.

“Motegi is a track that I like, especially because I am a hard braker and this is an advantage, due to the characteristics of the track,” the Italian said.

“I think that our GP14 can again be competitive in Japan, because in the last four races we have always been competitive at circuits with completely different characteristics. So for sure we’ll be going to Motegi very motivated!

“Here I’ve scored some good results in MotoGP, especially in 2010 when I set pole position, my only pole so far in MotoGP, and then finished the race with a great second place.”

Whilst Dovizioso had his worst result of the season last time out in Aragon, Cal Crutchlow enjoyed his first podium aboard the Desmosedici in the changeable conditions in Spain.

Crutchlow timed his bike swap to perfection, and was inches away from claiming second place, but he was just pipped to the line by Aleix Espargaro.

What makes Crutchlow’s podium all the more impressive is he hasn’t been given a GP14.2, only his team mate and Andrea Iannone have been given the new bike. With Crutchlow moving to LCR Honda next season, Ducati have only given their two GP14.2’s to the two riders they will be running in their factory team next season.

Crutchlow isn’t thinking about next year yet, he just wants to build on his Aragon result, and finish the season well.

“With a good result at Aragon under our belt, we are looking forward to going to Japan, where I’ve got a lot of fans, and hopefully we can keep improving,” said the Brit.

“I’m pleased with the work the guys in the team have done with me recently, and obviously now we are in better shape than what we were before. Motegi is a bit of a strange track because of its hard braking, but that’s good for me and it will be interesting to see how we go there.”