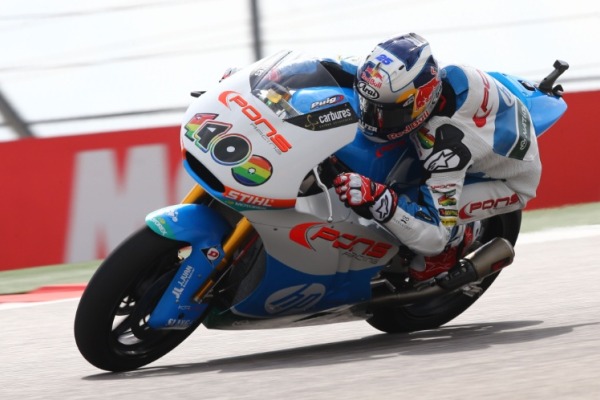 Could we see a Kalex-Yamaha team in the MotoGP championship next season? Possibly one with Maverick Viñales in it? Well that’s a real possibility.

After the resounding success that the Forward Yamaha has had so far this season, both the Marc VDS and Pons teams are exploring the options of having current chassis providers, Kalex, making a chassis for a MotoGP entry with a leased Yamaha M1 engine for the 2015 season.

The Marc VDS team had attempted this for 2014 with Scott Redding riding the potential machine this season, however the Forward team securing the engines meant the whole project was left just a bit late, meaning Redding signed for the Gresini team to ride the production Honda.

Both teams are now said to be interested in the idea, and Kalex engineer Alex Baumgärtel has revealed that they may also be keen to embark on the project.

Should the Pons team get the nod from Kalex, they would have to give Maverick Viñales a new contract. Despite the Spaniard having a contract for next season, it only covers him to race in Moto2 and not MotoGP. The same applies to his team mate Luis Salom.

However with the Marc VDS team, they have the option of offering the ride to current Moto2 Championship leader Tito Rabat, or former Pramac rider Mika Kallio, meaning they may have a slight advantage in negotiations. The Pons team may also have a sponsorship and financing issue should they wish to take their team into MotoGP. Another thing which may help Marc VDS should it get into a head to head battle.

Alex Baumgärtel from Kalex spoke to Speedweek and he spoke about how this project isn’t a new idea.

“Earlier this year I started to talk to potential partners about MotoGP projects,” said Baumgärtel.

“Pons would be interested, and Marc VDS have already spoken to us about. The information from Yamaha to the chassis manufacturer will only get sent when the team has signed a contract for the supply of engines. I don’t know whether this is something that’ll happen in the near future.”

Both teams would have to fully finance the effort, and would have to submit an entry by August at the latest in order to get it approved for the 2015 grid.