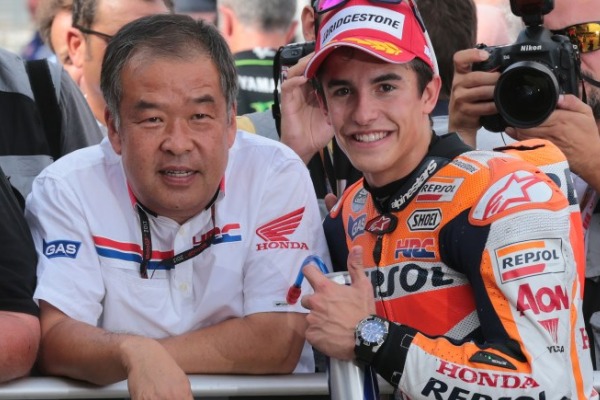 After his second win of the 2014 season, Marc Marquez has admitted he has a new contract offer on the table from Honda and he is expected to sign it in the coming weeks.

Marc Marquez is one of five factory riders who’s contract expires at the end of the 2014 season, and Marquez’ signature is bound to be the most sought over out of all the riders, even if everybody is expecting the renewal with HRC.

The defending MotoGP World Champion was speaking to CatRadio after his victory in Austin, and he stated his intentions for staying with Honda, and revealed that talks are underway.

“I’m pleased with Honda, we are starting to talk about it, (a contract renewal) let’s see if we can renew my dream. I would like to continue with Honda, and hopefully it can be made a formality.”

With no word about Dani Pedrosa’s future, and Jorge Lorenzo’s struggles on the Yamaha, silly season will be in full swing by the time the MotoGP paddock returns to Europe on May 2nd for the Spanish Grand Prix at Jerez.