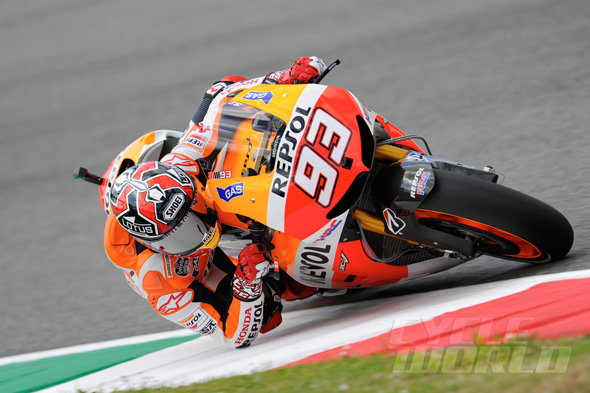 Last weekend Marc Marquez suffered his first DNF in MotoGP. Also seing his second place in the world championship go, it proved to be a difficult weekend for the youngest grand prix winner.

After crashing out of the race with just two laps remaning- his fourth crash of the weekend – it was an experience for Marquez, however the rookie won’t let it phase him.

Speaking in his Repsol blog, the 2012 Moto2 World Champion said: “The fact that I fell in the race because I was going slower may sound strange, but that is exactly what happened!

“I wanted to make sure I finished without any more problems so I dropped the pace a little, and then I fell with just a few laps remaining, I was really annoyed with myself for not taking any points, although it is just another thing you learn from, even something like this. I was really sorry for the team, who got absolutely no reward for all the good work they did over the weekend.”

The Spaniard appears to have now forgotten his crashes, including his 330kmh moster, and is now looking forward to his home Grand Prix this weekend in Catalunya.

“I will not have any problem to go to the race at Montmeló in two weeks, in front of a home crowd in what will be a very special GP,” wrote Marquez.