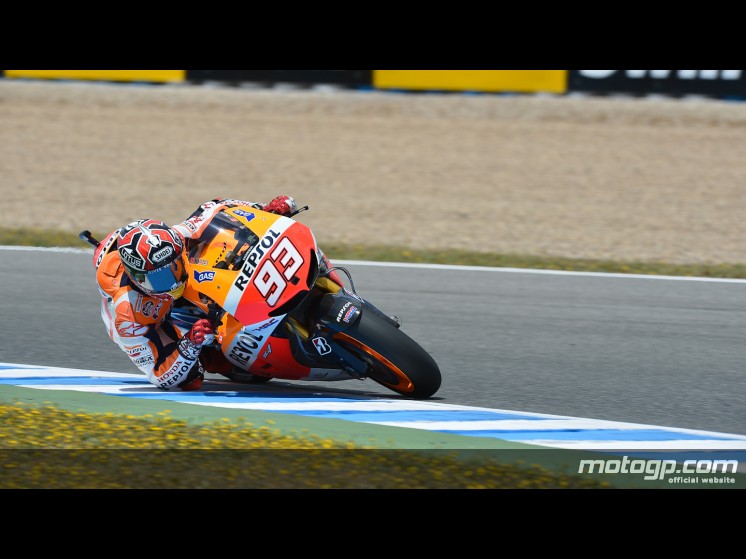 Marc Marquez has undergone further medical checks in Barcelona after returning home from a battering weekend in Italy.

The MotoGP rookie was involved in one of the scariest crashes seen when the Repsol Honda rider lost control of his RC213V at over 200mph during Friday practice, forcing him to jump off his RCV after it arrowed towards a trackside wall, resulting in a very hard and fast crash.

As a result of the crash Marquez was left with chin and shoulder injuries, but it didn’t stop him riding the rest of the weekend, where he went on to crash twice more, including out of second place in the closing stages of Sunday’s Grand Prix.

As he arrived back in Barcelona today the Repsol Honda rider went to the Hospital Universitario Quiron Dexeus, where he saw the riders favourite Doctor Xavier Mir, to undergo further medical checks.

Doctor Mir, who is the Director of the Microsurgery and Surgery Department, studied Marquez’ shoulder injury in more detail. Mir had initally checked Marquez’ shoulder on Friday in his role as part of the First Contact medical team that attends each grand prix.

“Following the initial examination that we performed on Marc at Mugello, in which he underwent his first X-rays, we weren’t convinced about the condition of his right shoulder,” said Doctor Mir.

“Today we have performed some more detailed X-rays on him, which confirm that the injury at the upper point of his humerus is minimal – a small fissure. As such injuries can compromise the condition of tendons in the shoulder, we also gave him a Doppler ultrasound scan. This ruled out any broken tendons.

“What he does have is a small inflammation of the tendons, but this is something that can be treated in a matter of days with physiotherapy. The progress in the 24 hours following the injury was very good. At first he had some difficulty lifting his arm, but this has improved now.

“He now only has some issues raising it sideways, which again is something that with physiotherapy he will completely recover from in time for the Catalan Grand Prix.”

The next round of the MotoGP season is Marquez’ home round of Barcelona, where the Moto2 World Champion is expected to be fit in his effort to make up points lost this weekend.