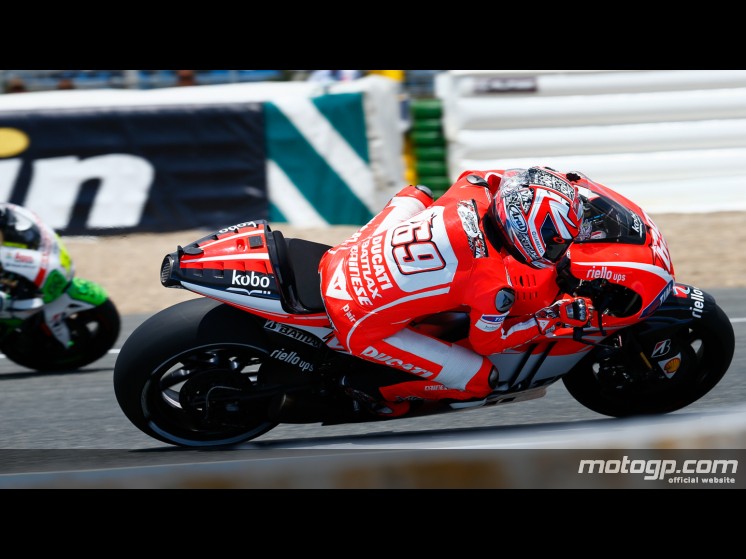 Before the start of the season, Nicky Hayden underwent surgery on his right wrist to clean up scar tissue, but now the American may require further surgery on the same wrist to have a screw removed.

The Kentucky Kid who is in his eleventh season of MotoGP, and his fifth with Ducati, has been complaining of serious troubles with his right wrist, but has said he would delay any surgery till after the season.

As part of the surgery in the off season, Hayden had a screw inserted in his wrist, and that’s what is causing the American the most troubles.

“And I see no progress. The bone is healed, but the pain and swelling have remained.

“A few doctors say it would help if I would remove the screw. It is the scaphoid. And I also have a screw in the left navicular bone, which causes me no complaints at all.”

It is possible that Hayden is delaying the surgery as his MotoGP career could be on the line, with only a one year deal with Ducati, the American can’t afford to miss too many rounds with an injury.

Hayden is currently sat in seventh place in the MotoGP world championship standings, but is only two points behind his former team mate Valentino Rossi on 45 points after five rounds.