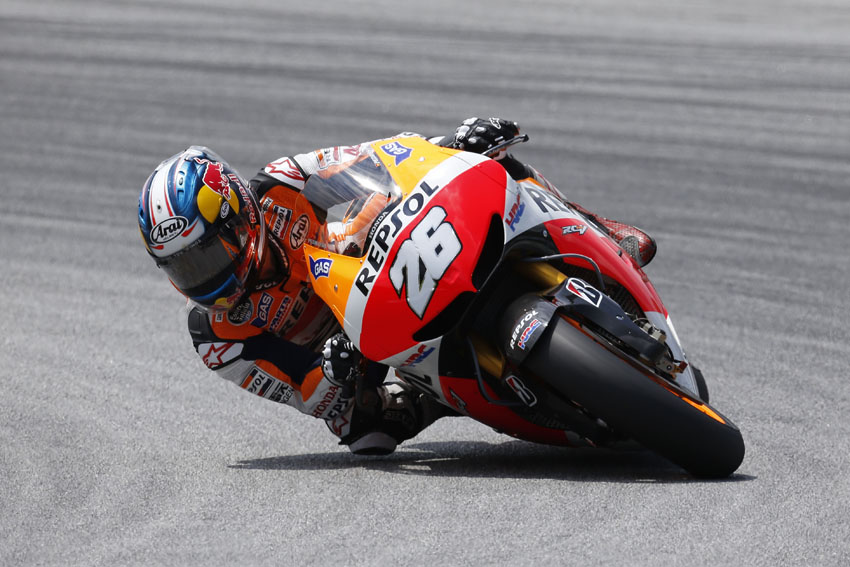 World Championship leader Dani Pedrosa admits he is excited to get out on-track at the new Termas de Rio Hondo circuit in Argentina, when the MotoGP paddock get their first test their next month.

The MotoGP paddock was due to go back to Argentina this year after a 13 year absence  but political troubles put an end to that, but the paddock will be in Argentina this year, when they test from first to the fifth of July, ahead of its rearranged MotoGP debut in 2014.

“I have seen aerial photos of the circuit and a bit of the layout and it seems to be a track that has its quick points. On the other hand, we shall have to wait and see how this year’s tests go.

“It’s interesting and we all have our eyes on it. Obviously the race is next year, but you always need to study these new circuits.

“I don’t know how many fans will be there but, having seen how the Dakar Rally has worked there over the past few years, I believe we can expect to have a great race in the country.”

The last MotoGP race in Argentina was all the way back in 1999, when they raced at the Autodromo Oscar A. Galvez, in Buenos Aires.