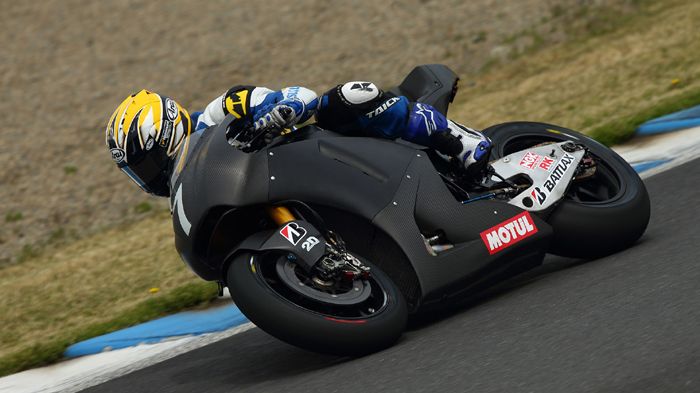 Could Suzuki’s MotoGP return be over before it’s even started?

Rumours in Mugello certainly suggested that may well be the case, unless Dorna back-track and allow Suzuki to join as a factory team rather than joining as existing team.

Dorna have said that should Suzuki return they will need to join an already existing team rather than joining the paddock as a whole new team, but it appears they are having trouble finding a team who will take them on.

Suzuki have supposedly offered 1.6 million euros out to perspective teams in an effort to buy their place into one of the private teams. However no team, no matter how uncompetitive or cash strapped, seem willing to accept the offer from the Japanese factory, and are said to be holding out for as much as 6 million euros.

There had been a lot of rumours that Aspar could take the Suzuki team on for 2014, with Randy De Puniet as one of the riders, however that move seems to have died, with Davide Brivio being given the role of running the testing programme, and then surely running the team should a return eventually materialise.

The other possibility for Dorna would be to back track and allow Suzuki to join as a factory team, and forget their rule of joining as existing team. Should Dorna allow Suzuki to increase the grid up to 26 bikes, it would certainly please the Japanese company, who would then have the same amount of power as the current factories in MotoGP.

Names such as Britans Cal Crutchlow, 2009 WSBK champion Ben Spies, formed rider John Hopkins, CRT front runner Aleix Espargaro and test rider Randy De Puniet have all been linked with the seat should Suzuki indeed line up on the grid in 2014.

The post race test in Barcelona in a fortnights time could now be a pivotal moment in the return of Suzuki as a competitive showing would surely twist Ezpeleta and Dorna’s arm, or suddenly make a lot of private teams sit up and take notice.