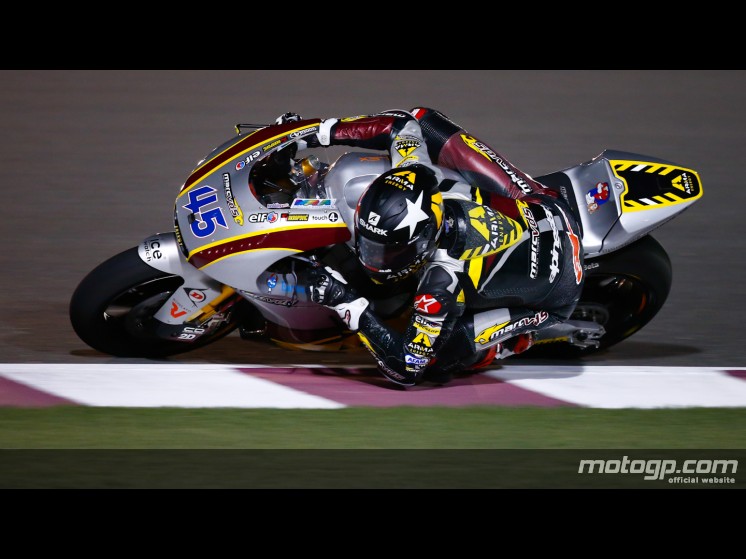 This weekend Honda have signed an agreement to continue as the official Moto2 engine supplier for the next three years, extending until the end of 2015.

The Moto2 class, was bought in at the start of the 2010 season to replace the 250cc two-stroke championship.The series has been running a single-spec Honda CBR 600cc engine since its debut season, in an effort to control costs and increase the emphasis on rider talent.

From 2013 ExternPro are preparing the engines for the Moto2 field. The ExternPro branch are part of the Parque Tecnólogico de MotorLand Aragón, and have taken over from Geo Technology. The new three-year agreement sees the ExternPro-prepared Honda engines go head-to-head for the first time at this weekend’s Grand Prix of Qatar.

“Moto2 has been a success from the start, and just continues to get better!” he said.

“Honda has been our sole engine supplier since the inaugural race in 2010 and I am extremely pleased that we will continue to use its machinery for the next three years.

“The Honda engine has not only proved an exciting addition to the paddock, but has also been a technically very reliable asset, which is extremely important in motorsports. I would also like to welcome ExternPro on board, who have so far done a very good job during pre-season testing, and will no doubt continue to do so throughout the next three season.”

“Honda is happy to continue to supply the CBR600 engines for the Moto2 category, as this class has been proven to be a good way to keep costs down and allow riders to prepare for MotoGP, as Stefan Bradl and Marc Marquez are currently demonstrating,” said Shuhei Nakamoto.

“We also welcome ExternPro as new partner to prepare the engine ready for racing.”