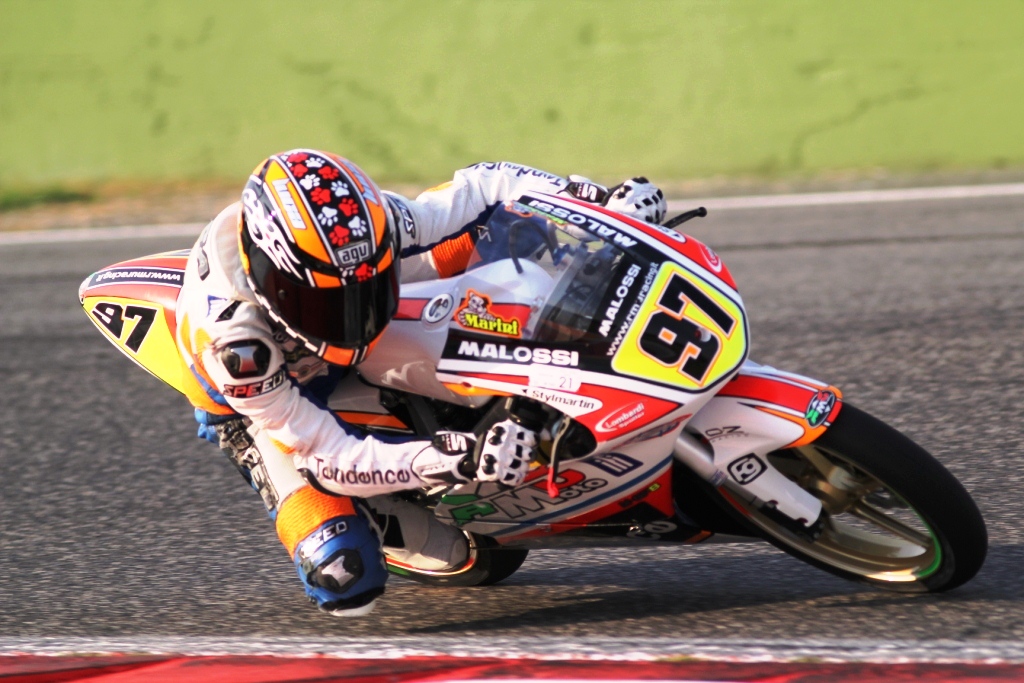 Valentino Rossi’s little half brother Luca Marini will be wild carding in the Moto3 class, at the San Marino e della Riviera di Rimini GP at Misano, on September 15th.

Marini, who shares a mother with the nine times MotoGP world champion, will turn 16 on August 10th, meaning he allowed to race in Grand Prix racing, will be using the FTR Honda that Romano Fenati used last season.

Luca Marini is competing in the Italian CIV Moto3 this season, and is racing for the Team Twelve Racing run by Alessio Aldrovandi.

Ahead of this seasons CIV season to start, Luca couldn’t have a better teacher, or facilities to train.  Almost every Saturday Luca is at his brother’s MotoRanch in Tavullia on a Honda CRF 250.

Despite his brothers great success with the legendary number 46, Luca isn’t expected to run the 46 plate as he races with the 97, with the same reasoning as Marquez’s 93, being he was born in 1997.