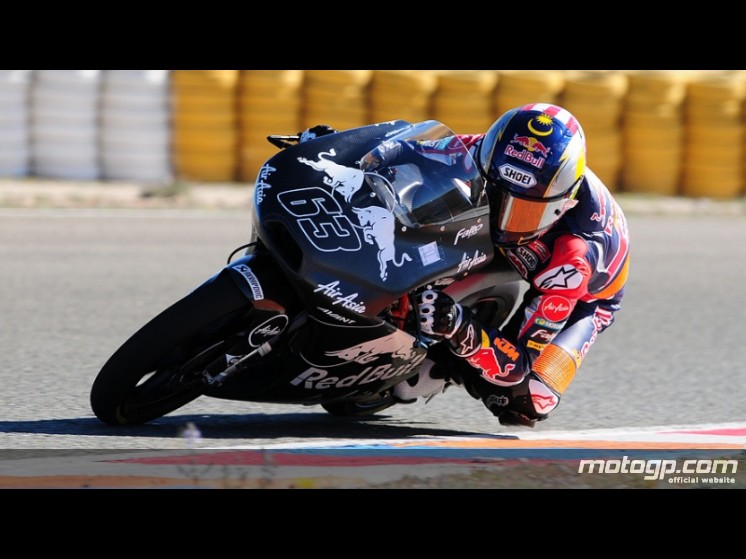 Ahead of this week’s official Moto3 test in Valencia, Austrian manufacturer KTM held a three day private test in Almeria for their Moto3 riders.

Testing the new 2013 KTM Moto3 was new recruit and 2012 runner up Luis Salom, and he was joined by last seasons riders Zulfahmi Khairuddin and Arthur Sissis. The factory trio gave some positive feedback on the machine that took Sandro Cortese to win last’s season’s inaugural Moto3 championship.

Teenage Maverick on a full factory spec, while Carrasco continues her learning process on the RC250R production racer.

According to the LaGlisse team, Vinales once again broke the Almeria track record (like he did when he first tested the KTM at the back end of 2012) with a best lap of 1.39.1, while Carrasco put in 160 laps over the three days, stopping the clock in 1.41.8.