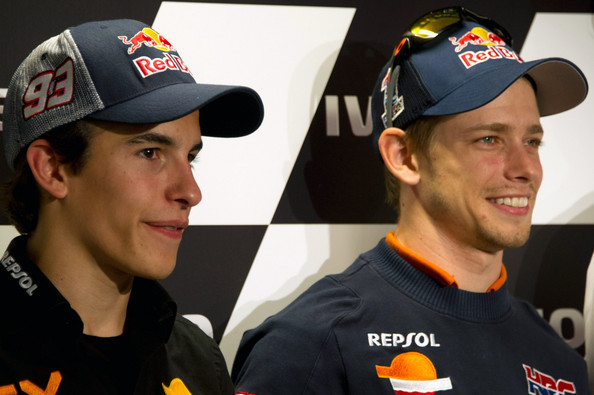 The 2011 MotoGP World Champion has claimed that he isn’t concerned with how his successor on the Repsol Honda RC213V fares in 2013.

Speaking to German media Stoner said, “That’s why I’m after the Valencia GP I did not stay in the paddock to watch his first MotoGP tests.”

Stoner also refused to predict how the 2012 Moto2 World Champion, Marquez will go in 2013.

“So far, two Moto2 World Champion have come to MotoGP. One failed, the other has shown quite remarkable results.” Stoner was obviously referring to Toni Elias and Stefan Bradl without naming the two directly.

Although Stoner may not be too concerned the rest of the world will cast a keen eye over the first test of 2013 which takes place 5-7th February in Sepang, Malaysia.