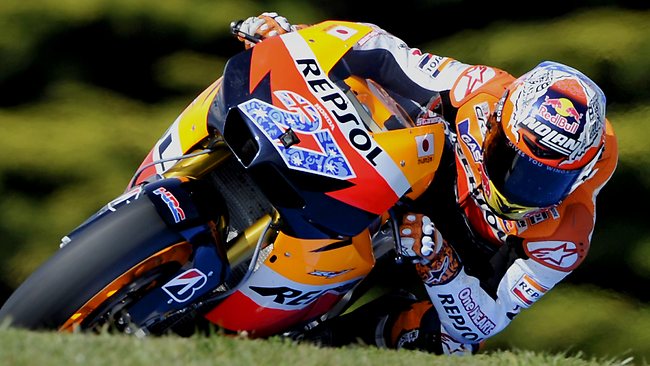 Former MotoGP World Champion Casey Stoner has been appointed as a Member of the Order of Australia for significant service to motorcycle racing.

The double MotoGP World Champion retired from motorcycle racing at the end of 2012, and is now racing in the Dunlop V8 Supercars Development Series. However the man from Kurri Kurri will always be remembered for his two wheeled exploits.

The 27 year old who shocked the world when he announced his retirement ended up finishing his MotoGP career with a total of 9 pole positions, 69 podium finishes, 29 fastest laps and 38 Grand Prix wins, including victory in his home event at Phillip Island on six consecutive occasions.

As well as excelling on the world stage, prior to a move to the UK to pursue a career in road racing, Stoner still managed to claim 41 Australian dirt and long track titles and 70 State Championships.

He also currently boasts a the honour of being the only man to properly tame the notoriously difficult Desmosedici that many, including Valentino Rossi have since tried, and failed to do.

The ‘AM’ – which Stoner will add to his name, will sit alongside his ‘Young Australian of the Year’ award, which he won in 2008 following his first MotoGP World  Championship in 2007.