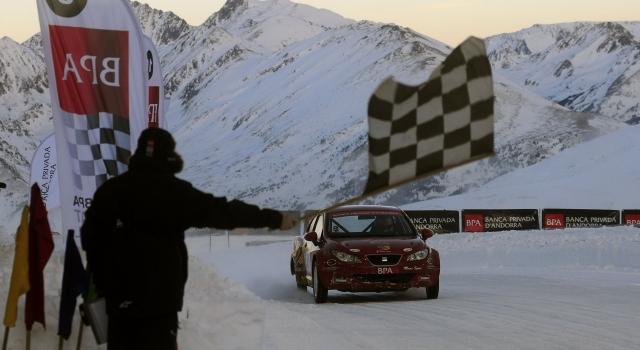 Marc Marquez will be racing in the GSeries Banca Privada d’Andorra (BPA) before the first MotoGP test of 2013.

The MotoGP rookie will be taking part in the second round of the championship on January 12th at the Grandvalira Circuit, a permanent ice track in the Principality of Andorra.

The 2012 Moto2 World champion will be racing a Volkswagen Golf MK1 for the race, under the banner of the Banca Privada d’Andorra, title sponsors of the championship.

Marquez will be back on his RC213V in Sepang for the first MotoGP test at the start of February.