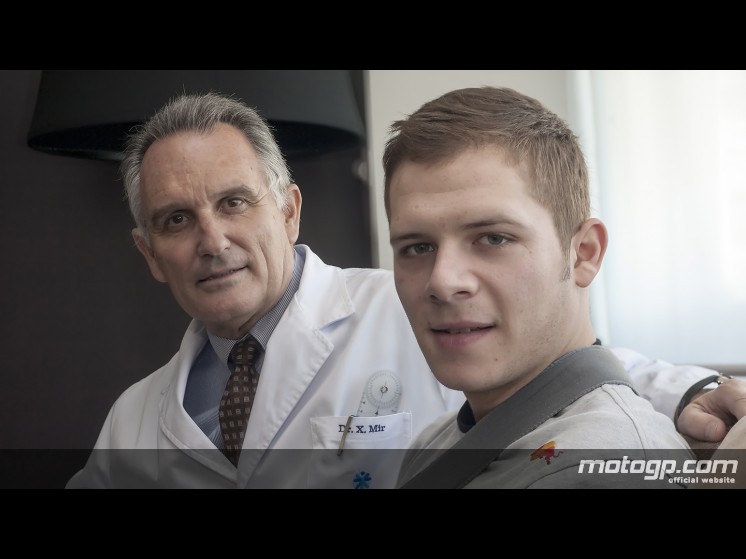 Stefan Bradl has had successful surgery in Barcelona to cure an arm pump issue developed in his first season of MotoGP.

The young German spent his 23rd birthday in hospital where he was operated on by Doctor Xavier Mir, the Head Surgeon of Hands and Upper Extremities at University Hospital in Barcelona.

“After the arm pump problem I suffered in Japan this year at Motegi GP I had my first medical check with Dr Mir two weeks ago and together with the Team we decided to make this surgery quickly. The operation turned out really well and Dr. Mir told me my arm was better than he thought, so I am really pleased we took the decision and operated. It’s weird to celebrate the birthday at the hospital but some of my technicians came to visit me and the medical staff have been very nice with me,” said Bradl.

Bradl missed the opportunity to test the 2013 RC213V in Sepang alongside Marquez and Bautista in favor or surgery to cure the issue.

Stefan and all the GP riders will next be in action in February once the testing ban is lifted in Sepang.