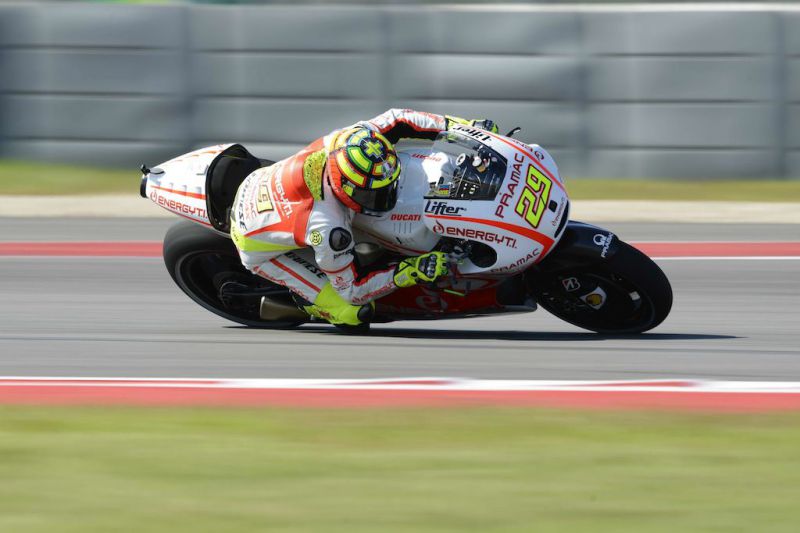 The Italian rookie who crashed out of the Spanish Grand Prix at Jerez complained about a lack of strength in his right arm, and was severely hampered all weekend by the problem.

In spite of the arm problems, and a knee injury sustained in earlier in the weekend, Iannone was still the fastest Ducati in two of the practice sessions as he continues to get to grips with the Desmosedici.

He is expected to miss the day of testing tomorrow (Monday) and will travel to Barcelona for the surgery, which should see Iannone released Wednesday.

Although there has been no confirmation from the Pramac team, it is expected that Iannone will be operated on by Dr. Xavier Mir who operates on a lot of the MotoGP stars, and treated Stefan Bradl on a arm pump issue back in the pre season.

Iannone is expected to be fit enough to take part in round four of the season at Le Mans in a fortnights time.