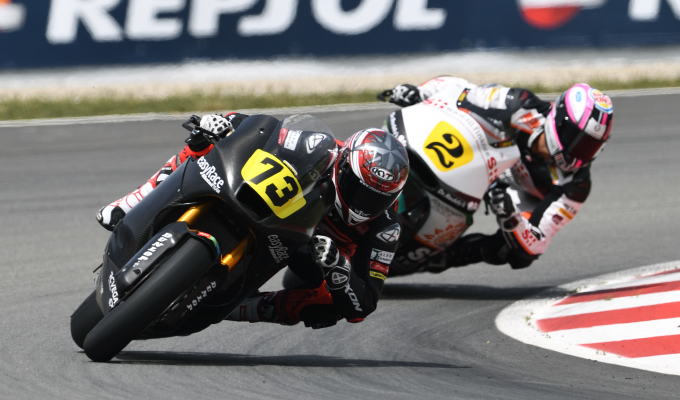 Fresh off the back of a race two victory around the same circuit this past weekend in the CEV series the Spaniard will partner Lorenzo Baldassarri at this weekends Catalan Grand Prix at the Circuit de Catalunya.

The 21-year-old is currently 10 points behind Jesko Raffin in the Moto2 standings five races into the eleven race season.

After a tricky start in Moto2, the Pons Racing team last week parted way with Barbera after he was charged with driving under the influence.