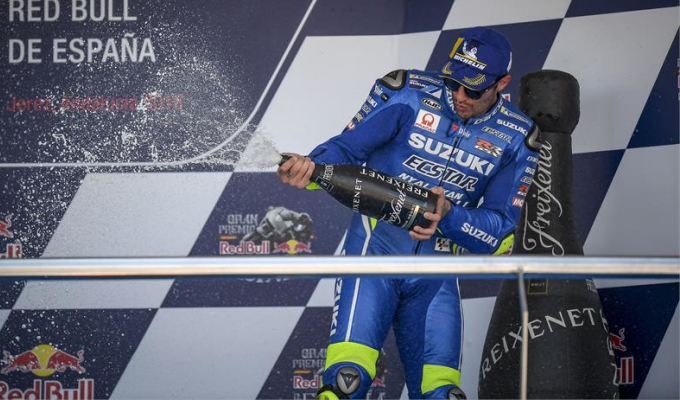 The Gresini Aprilia team have confirmed the signing of Andrea Iannone on a two-year contract starting in the 2019 season.

The former Ducati man was expected to move on with Spaniard Joan Mir on the verge of signing a deal with the Japanese factory, Suzuki confirmed earlier today that the 28-year-old would be leaving at the end of the season.

Romano Albesiano, Team Manager for the Aprilia Racing Team was delighted to secure the signing of the polarising Italian for the Noale factory.

“With Iannone, we have another highly talented and fast rider who is also demonstrating his value this season,” said Albesiano.

“His arrival is a sign of the Piaggio Group and Aprilia’s growing commitment to the MotoGP programme, where our bike has already demonstrated that it can rely on a valid technical base.

“Now we need to stay focused on the 2018 season, beginning from the next GP of Barcelona. We have a strong team that has never stopped working hard.

“We want to keep growing and take the RS-GP where it deserves to be this season, which is still long, with Aleix and Scott, speaking of whom, I wish to thank publicly for his great professionalism and for his consistently high level of commitment.”