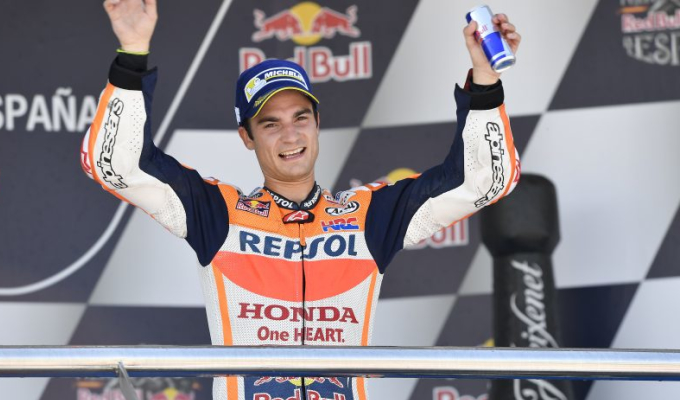 Could Dani Pedrosa be set to retire from MotoGP at the end of the 2018 season?

According to the latest report from Speedweek.com, the Spaniard will be calling it a day at the end of the season after having his 13-year MotoGP stint with Honda coming to an end with the signing of Jorge Lorenzo.

With all factory seats signed up, barring the Aprilia seat, Pedrosa looks as if he will decide against starting a new project with a new team and will instead walk away in Valencia after 296 races, all with Honda.

Pedrosa’s Honda relationship began 18-years ago and whilst in the past Pedrosa has spoken to Yamaha, Suzuki and KTM, the three-time World Champion, none of those seats are available for the next two-years and at 32 years old, Pedrosa has decided to walk away from the sport.

With rumours of a Petronas backed satellite Yamaha team still around, it’s not inconceivable that Pedrosa could continue as part of that team, but the more reports like the one from Speedweek come out, the more likely it is that Pedrosa will hang his leathers up for good.

Pedrosa said that he would officially announce his future plans next weekend at the Catalan Grand Prix near his home in Barcelona.