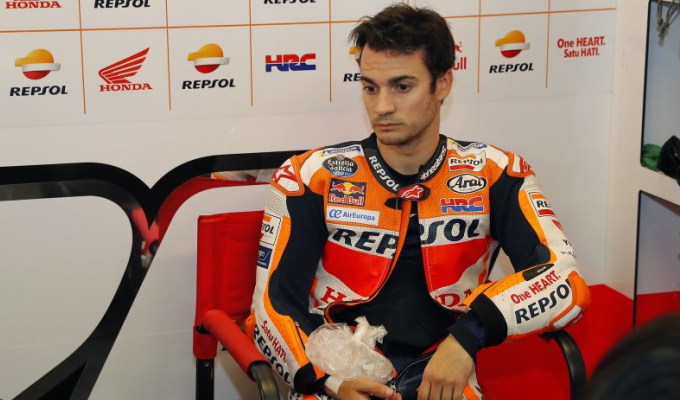 The Repsol Honda team have confirmed that Dani Pedrosa will end his 18 year partnership with the factory at the season.

After 31 MotoGP race wins and three silver medals over his thirteen year stint with the factory Honda team the factory have not decided to renew the contract of the Spaniard with it due to expire at the end of the 2018 season.

Pedrosa seemingly quashed rumours he would retire if his contract wasn’t renewed by saying that ‘it’s time for a change’.

“I want to thank HRC for all these years of great success,” said the 32-year-old.

“I have grown not only as a rider but also as a person with them. I will always have HRC in my memories and in my heart. In life we all need new challenges and I feel it’s time for a change. Thanks, HRC.”

HRC President Yoshishige Nomura thanked Pedrosa for his commitment over the 18 years and wished him best in the future.
“Today is a sad day for me. On behalf of HRC, I want to thank Dani for all his hard and successful work, and to express our gratitude for these two decades together,” he said.
“We also wish him the very best of luck and success. Thanks, Dani.”

Pedrosa said in a personal statement after the news that he would have new regarding his future next weekend at his home Grand Prix in Barcelona.