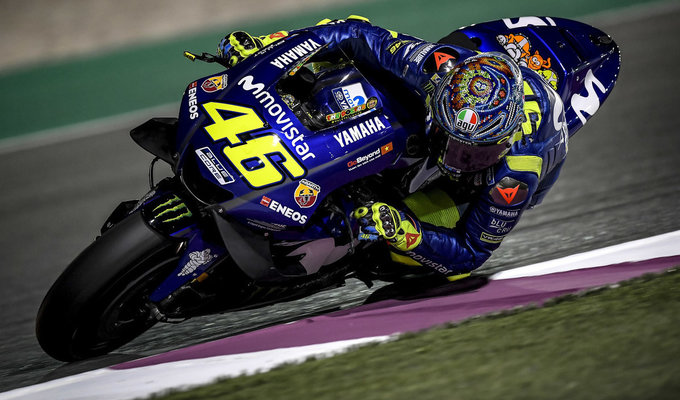 Nine-times World Champion Valentino Rossi has confirmed that he won’t be running a MotoGP team in 2019 and 2021 is the earliest he would consider embarking on such a project.

The Italian currently runs teams in Moto2 and Moto3 with the backing of Sky and with the surprise break up of Yamaha and current satellite team Tech3, many assumed that Rossi and his VR46 team would take up the reigns of the Yamaha satellite team in MotoGP.

Speaking to Motorsport during the final pre-season test Rossi revealed his intentions of racing a further two years as well as waiting until them before committing to a MotoGP project as a team owner.

“Most likely I will still be racing,” said the 39-year-old. Rossi’s team-mate Maverick Viñales confirmed during the launch of the 2018 Movistar Yamaha M1 that he has signed on for a further two years, keeping him under contract for 2019 and 2020. Rossi’s latest comments suggest that Yamaha have continued their typical procedure in recent years of offering both riders new deals at the same time and that an extension may be close.

Whilst revealing that he won’t be embarking on the project for at least three more years, the Doctor did admit that discussion have already happened.

“We thought about it, it was a nice idea, but we can’t do it,” he said. “For the next two years I won’t have a team in MotoGP with Yamaha, also because most likely I will still be racing.

It could be something to consider in future, when I stop racing, but not in 2019 or 2020. The situation is quite clear, although I didn’t expect [Herve] Poncharal would leave Yamaha.”

Rossi ended the first day of the final MotoGP pre-season test in Qatar seventh fastest, but just 0.379 seconds behind his team-mate who posted the fastest time of the opening night in Losail.