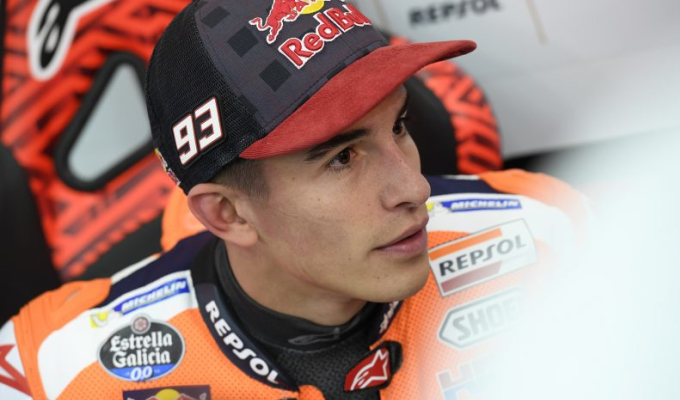 Marc Marquez has said he is happy with how his pre-season testing has gone, even if he does prepare to go to a circuit Honda struggle at.

The World Champion ended the first two tests in Malaysia and Thailand in eighth and third respectively, but the Spaniard’s long run pace has been an ominous sign for challengers as he prepares to defend his MotoGP crown once again.

After struggling in pre-season in 2017, Marquez is happy with how his pre-season testing is going but knows the work is only just beginning, especially heading to a circuit Honda haven’t always fared well at.

“I’m happy with our pre-season so far, as we’ve started a bit better than last year, but we must remain concentrated and focused on the work ahead,” said the 25-year-old. “Now we have to reconfirm everything in Qatar, which is a particular track, and not an easy one.”

Of the new pieces Marquez has been testing, a new engine is the biggest change, along with the new aero packages. The World Champion said he is still working on understanding the engine and is hoping for another leap forward as he experienced from Sepang to Buriram.

“We’re still working to best understand the new engine, working on the setup to adapt it as well as possible to my riding style,” he said.

“We already took a step forward from Sepang to Buriram, and we look forward to taking another one in Qatar.

“We’ve always focused our work on our race pace and consistency, and we’re generally happy with the feeling we have with the bike. We’ll try to be on the pace in Losail as well, and to get ready for the first race.”

The final MotoGP pre-season test begins at the Losail International Circuit in Qatar on Wednesday evening.