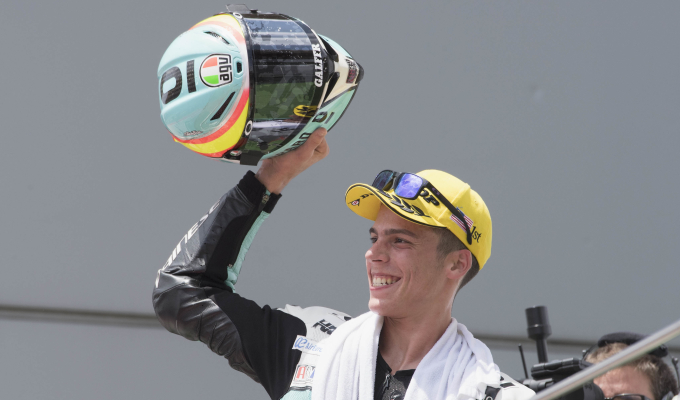 Joan Mir won his tenth Moto3 Grand Prix of the season with yet another dominant display, this time in the Malaysian heat.

The Spaniard who won the Moto3 crown last weekend in Australia started the race from pole position for the first time this season, but despite this, it was compatriot Jorge Martin who broke away in the early stages of the race. However, unfortunately for Martin, the pack, led by Enea Bastianini pulled the Spaniard back before Mir did what Mir does and showed his killer instinct in the closing stages to secure a tenth victory of what is proving to be a historical season.

After the race Loi dedicated his victory to former Leopard owner Stefan Kiefer who tragically passed away unexpectedly this weekend.

Martin and Bastianini joined the World Champion on the podium, with Livio Loi backing up his second place from last weekend with another good fourth place whilst John McPhee finished fifth behind the Belgian.